Every year, the Association hosts a variety of events and donates the funds raised to a chosen charity.

Lucy Buchanan, the Association’s modern apprentice, came up with the idea for Lochfield Park to take part in MacMillan Cancer Support World’s Biggest Coffee Morning. This was a great success as alongside the coffee morning the association held a bake sale to cater for everyone in the community.

Lochfield Park then held its annual Santa’s grotto in December, the funds raised from this event was topped up to £1000 by the Association.

Linda Allan, who volunteers for MacMillan, came along to the office last week to collect a cheque for the additional £1000 raised from the Santa’s Grotto event.

Over both events, the Association raised almost £2000 which was donated to MacMillan Cancer Support.

MacMillan is almost entirely funded by donations. Every two minutes someone in the UK is diagnosed with cancer. There are over 2.5 million people living with cancer in the UK and this is set to grow to almost 4 million by 2030.

Lochfield Park Housing Association wished MacMillan Cancer Support all the best in the amazing work that it does. 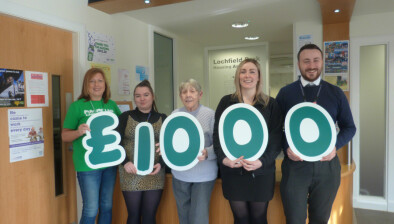 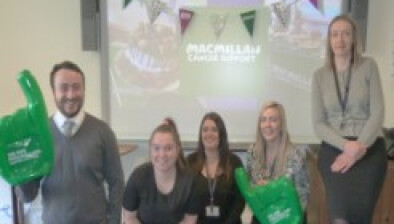 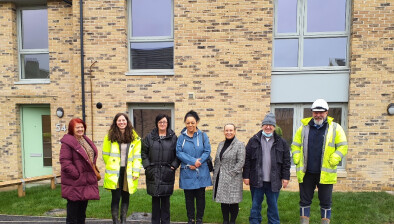 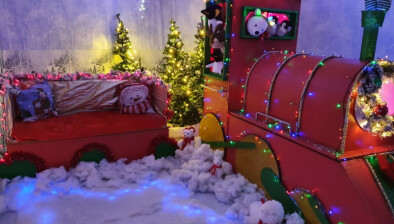