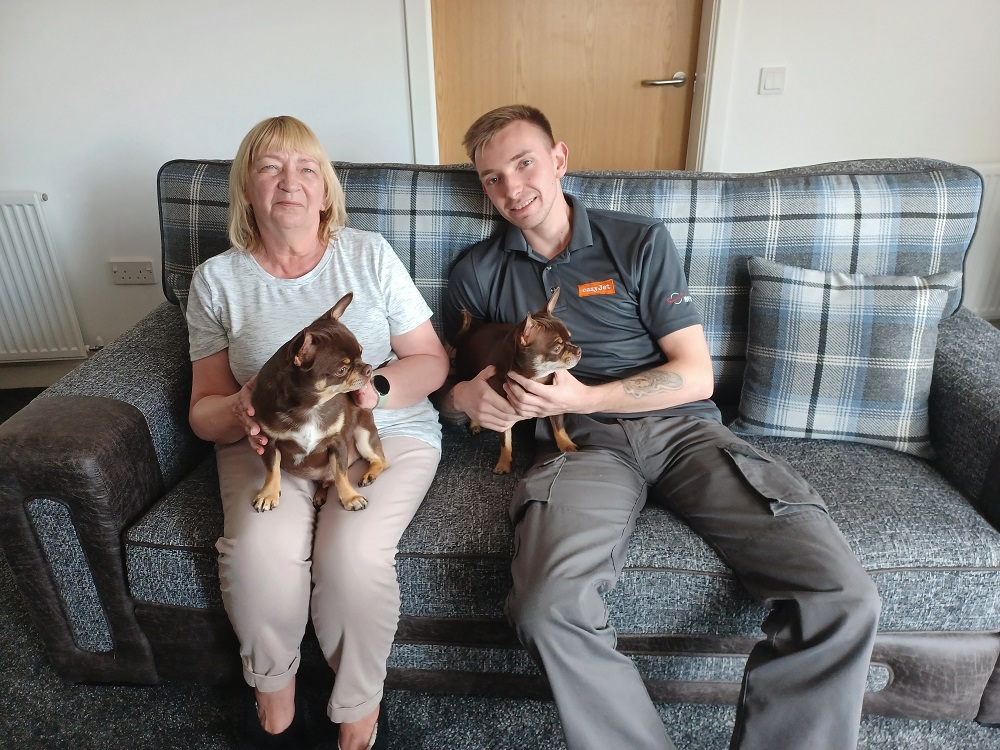 Families have said their new home is “like winning the lottery” after moving into a new £3.24 million affordable housing development in Falkirk by Loretto Housing Association.

The new energy-efficient homes at Tait Court in Falkirk’s Bainsford area include a mix of 21 two and three-bedroom flats and houses.

Loretto, part of Wheatley Group, contributed £1.43m to the development with a further £1.81m grant from the Scottish Government.

Retired engineering production manager Wilson McCabe, aged 64, who moved into his new two-bedroomed home with his wife Joyce and son Ross, aged 62 and 25 respectively, said: “It’s like winning the lottery.

“When we first walked into the property we were amazed by the size of the rooms and everything was finished off to a really high standard. We couldn’t wait to move in. I kept asking my housing officer because I was so excited.

“It’s in a great location, with lots of good walks and shops nearby.”

“I used to live in a different flat that was constantly flooded, so when I got the call offering me the house, my heart skipped a beat – I’m still on cloud nine.

“My favourite thing about my new home is the garden. It’s great to have a bit of space and get outside and it’s had a huge impact on my mental health.”

The new homes were built by Sim Building Group in partnership with Falkirk Council.

“There is a strong demand for more social rent homes in Falkirk and we’re pleased to work with the Scottish Government and our strategic partner Falkirk Council to rise to the challenge.

Kenny Gillespie, head of housing at Falkirk Council said: “It is fantastic to see this site developed for new social housing for rent in the area. Of the 21 homes built on the old Cobblebrae Farm, 15 of the new properties have gone to our tenants.

“Our investment programme along with funding from the Scottish Government and Registered Social Landlord (RSL) will deliver much needed new homes over the next five years.”

Tait Court builds on Loretto’s continued commitment to the Falkirk area – with a further eight homes at Vellore Road in Maddiston due to be handed over later this summer and the construction of 24 new homes at Main Street in Maddiston is expected to start in autumn.