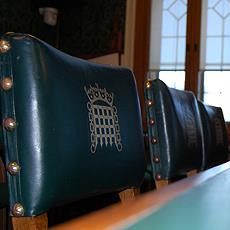 A starter payment should be made to people claiming Universal Credit (UC) for the first time to ensure that everyone has enough money for basics such as food and heating during the five-week wait for their initial monthly payment, a report by the Work and Pensions Committee has recommended.

The committee’s report on Universal Credit: the wait for a first payment finds that the current wait of at least five weeks causes difficulties for some households. While the existing system of advance payments for those in need can provide a valuable financial lifeline, the cross-party committee said it was concerned that some people are unable to afford the required repayments.

The committee warned that this leaves people with a difficult choice: five weeks with no income, or the risk of debt and hardship later. The report concludes that the introduction of a new payment - equivalent to three weeks of the standard allowance - would be a simple way of ensuring that new claimants had the money they needed for basic living essentials. For people moving from existing benefits, DWP should make the move seamless wherever possible—and pay a starter payment in other cases.

Advances should still be available for people who need further support to get by, but they should be renamed ‘new claim loans’ to make clear that they will need to be repaid. The DWP should also recognise that a request for a loan is a clear indication that someone is struggling and offer support as early as possible.

Reflecting evidence from Sir Iain Duncan Smith, among others, the committee has also called for changes to the way that historic tax credit is clawed back from people when they move to Universal Credit—and for DWP’s debt collection to follow best practice in the private sector.

In addition, the committee calls on the UK Government to make permanent the £20 per week increase in the standard Universal Credit allowance announced in response to the coronavirus pandemic.

Stephen Timms, chair of the Work and Pensions Committee, said: “There is a growing body of evidence that moving to Universal Credit leaves many reliant on food banks, falling seriously behind with their rent, and even experiencing increased levels of psychological distress. The government’s response is that there is no proof that Universal Credit — and in particular the wait for a first payment—is the direct cause of those difficulties. So DWP needs to commission research, and quickly, to find out what lies behind these deeply worrying findings. Our social security system should not be leaving people without the money they need for food and heating.

“In the meantime, the government must face up to the fact that its current system of Advance loans simply isn’t working. They leave people facing the toughest of choices: go without income for at least five weeks, or have repayments subtracted from their future Universal Credit payments—which are already barely enough to get by on.

“We cannot understand why people who are already claiming benefits need to wait for at least five weeks when they move to Universal Credit—especially when nothing in their lives has changed. Their move should be seamless.

“For people claiming benefits for the first time, or people who’ve faced a significant change in their circumstances, the government should provide starter payments. Doing so would both cut down on the need for Advance loans and ensure that nobody is forced into debt just to be able to afford to eat and keep a roof over their heads.

“Universal Credit is a highly automated system. That has been a real strength over the last few months, with the huge influx of new claims caused by the coronavirus pandemic. But it can also be a major weakness, leaving people without the tailored support they need, and ministers unable to make the changes they want to see. There is much the government can do without completely dismantling the Universal Credit system: we hope that our proposals, taken together, offer practical solutions for making Universal Credit work for everyone who needs it.”

The leader of the Highland Council, Cllr Margaret Davidson, welcomed the findings and said: “Highland has been hit hard by the many shortfalls arising from the UK Government’s benefit scheme.

“The five-week wait for the first payment is driving many of our residents into debt and putting strain on the relationships between landlords and their tenants. I very much welcome the Work and Pensions Committee’s findings and indeed have been lobbying the UK Government for some years on a number of these issues.”

A DWP spokesperson said: “With Universal Credit no one has to wait five weeks to be paid, as urgent advances are available. Since the start of the pandemic more than 2m payments have been made to new claimants within days of being requested.

“We have provided £9.3bn extra welfare support to help those most in need, including up to two weeks of legacy benefits for those moving to universal credit, and have taken steps to ease the burden of debt repayments.”

Jon Sparkes, Crisis chief executive, said: “The call from the committee for the introduction of a starter payment for people on Universal Credit is one that we wholeheartedly agree with.

“Through our work across the country, we know that the current five-week wait can put incredible pressure on people financially and push them even closer to the brink of homelessness. In some cases it leaves people defaulting on their rent, unable to buy food for their family or having future payments cut to the bone to cover an advance payment. By introducing this starter payment, the government would be able to ease this pressure and prevent the real threat of homelessness from hanging over people.

“With more people facing job losses and rent arrears due to the current recession, now is the time for the government to strengthen our welfare safety net and ensure more people are prevented from facing homelessness.”