Alasdair McKee has been named as the new chair of Positive Action in Housing, the housing and homelessness charity which works to ensure equal access to housing for people from BME and refugee communities across Scotland. 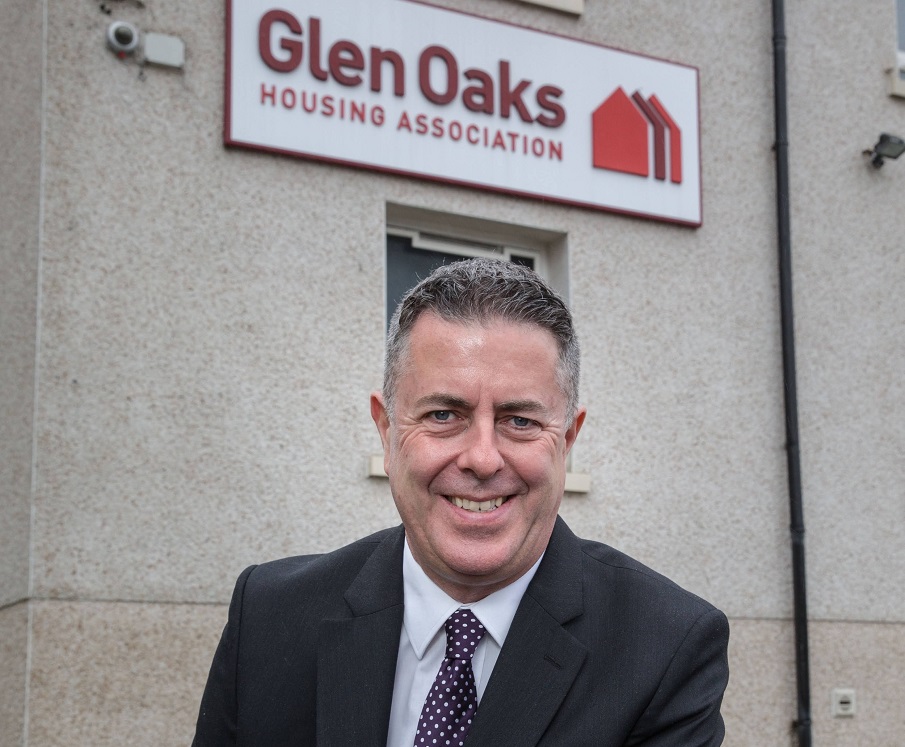 Mr McKee is the chief executive of Glen Oaks Housing Association, based in South West Glasgow, where he has been the senior officer for almost 30 years. Previously vice-chairperson of Positive Action in Housing, Alasdair is now the chair of the charity, having taken over from Rani Dhanda, who stepped down last month.

Alasdair is a graduate of Glasgow and Stirling Universities and a member of the Chartered Institute of Housing. He previously worked for Cube and Charing Cross Housing Associations. He has also been on the management committees of several other housing associations, in addition to being a past chairperson of SHARE, a board member of the SFHA and chairperson of a Citizens Advice Bureaux.

Being passionate about developing and supporting people, Alasdair has also acted as a mentor and a trainer. Outwith work, Alasdair enjoys spending time with his family, playing bass guitar in a band, swimming, cycling, reading and cinema.

Glen Oaks said it is proud to be a longstanding member and active supporter of Positive Action in Housing. The Association has a strong reputation as an innovative community-controlled organisation that places customer service, financial viability and being an excellent employer at its heart. The Association is committed to the whole scale improvement of its communities and supports several wider role initiatives.

Alasdair is supported in his role by Dr Rachel Smith, a linguistics professor from Glasgow University. Linda Brown of Blackwood Homes remains as company secretary, while Arnold Black MBE, a former partner at the long-established firm of accountants Alexander Sloans Accountants is the treasurer.

Alasdair said: “I look forward to continuing the sterling work of the charity and working with the chief executive, Robina Qureshi. The charity has strong links with Registered Social Landlords and works to ensure equality of access for people from black and minority ethnic communities. With the recent focus on equalities monitoring from the Scottish Housing Regulator, the charity will be able to help Associations take a practical approach.”

Robina Qureshi said: “It’s great to have the support of one of the most respected and long standing members of Scotland’s social housing movement. Alasdair is stepping into the shoes of Rani Dhanda, who likewise is a strong vocal supporter and led the charity over the past five years.

“In terms of future plans, the charity is growing and looking towards increasing its membership amongst RSLs and providing support, training and consultancy to housing associations.”