The developer behind plans for a new office development in Glasgow’s Broomielaw office district is in talks with Glasgow City Mission to relocate the homelessness charity. 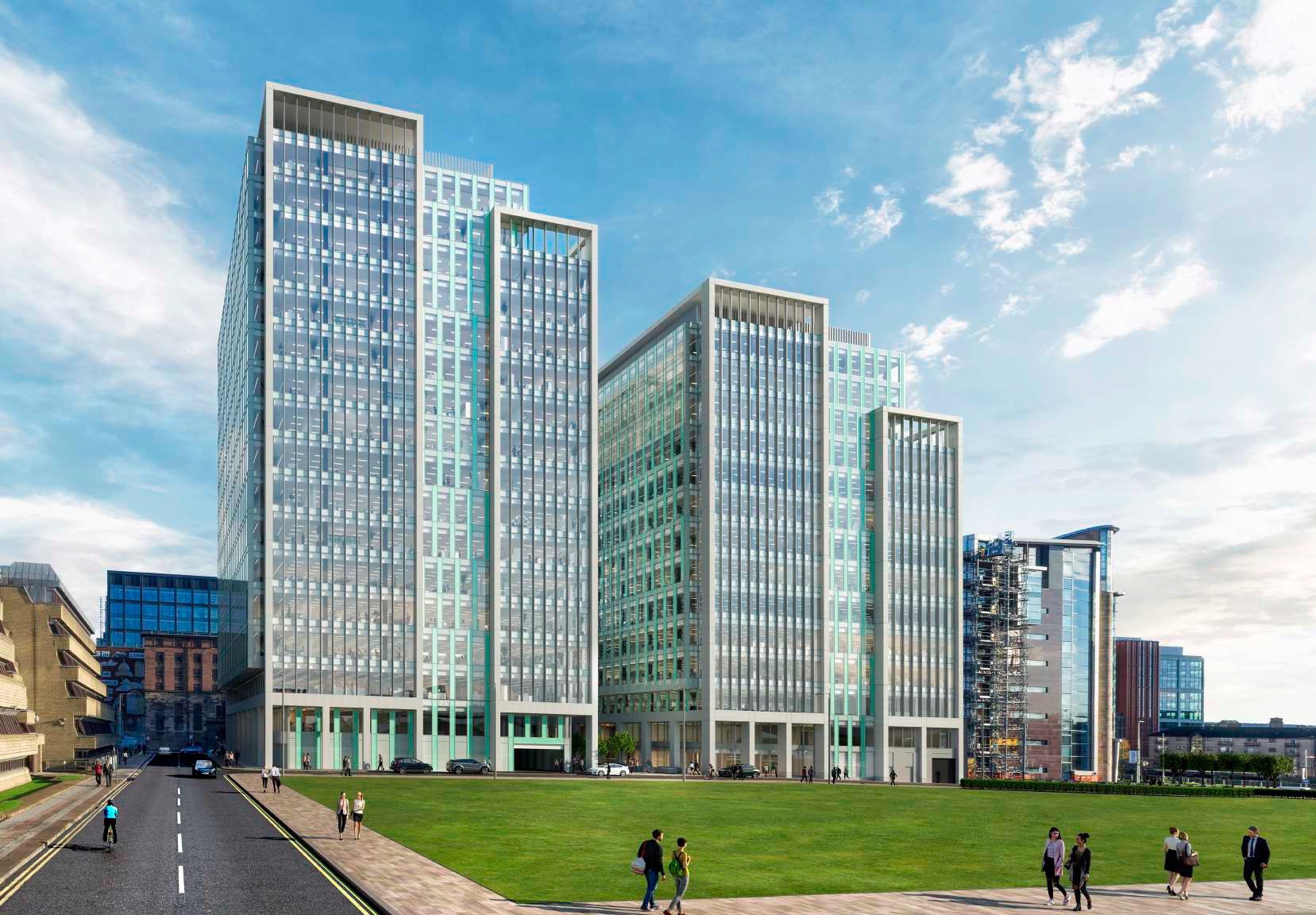 Mosaic Architecture & Design has submitted an application on behalf of Soller Group for planning in principle to erect the second phase of planned office development at Carrick Street.

If approved, the 17-storey office block will be situated behind the 14-storey phase one building for which Soller Group has secured planning permission, with construction due to start on that in the first half of 2022.

A number of commercial buildings and Glasgow City Mission’s headquarters would be cleared as part of the phase two development.

As part of the project, Soller Group has been working closely alongside the charity to explore the possibilities of acquiring a flexible space in an area of the city that is more helpful for its guests. As part of these discussions, Glasgow City Mission has made known some of its criteria for an improved base of operations in the city.

Charles Maasz, chief executive of the charity, said: “Soller have been working closely with us and have been keeping us abreast of developments at every stage. Soller continue to offer all the help possible as we explore options available to us and consider the wider implications of this development and its impact on our services.”

Soller Group said the second phase of Carrick Square, which will include a new public realm linking Brown and Carrick Streets, will comprise 17 column-free floors of around 17,000 sq. ft. each around a central core, with a landscaped plaza to the north, which can accommodate outdoor events and gatherings.

Nick Treadaway, founder and CEO of Soller Group, said: “Our submission of a planning application for Phase 2 of Carrick Square is a clear statement of our confidence in Glasgow’s unquestionable ability to bounce back from a challenging couple of years.

“This new phase represents another significant investment into the City and its businesses and people and will not only deliver a world-class new office building to Glasgow, but will generate employment not only on site but for the multitude of businesses that together bring large scale developments to life.

“Carrick Square will not only be the next stage in revitalising Glasgow’s business district but it will also support the recovery of the City itself. We hope to be able to start on site in 2023 with the building completed by 2026.”

Neil Haining, director of Mosiac Architecture + Design, added: “Phase two of Carrick Square will be a significant and impressive addition to Glasgow’s skyline so our design proposals have ensured that it reflects both the heritage and the future of the Broomielaw. The sheer height of the space will create a new landmark, but as well as proposing a thoughtfully designed exterior, occupier wellbeing has been very much at the forefront of this project. South facing aspects, a roof terrace, landscaped outdoor space, cycle parking and tenant facilities have all been integrated into our designs to ensure the very best working environment for occupiers at this exceptional business space.”