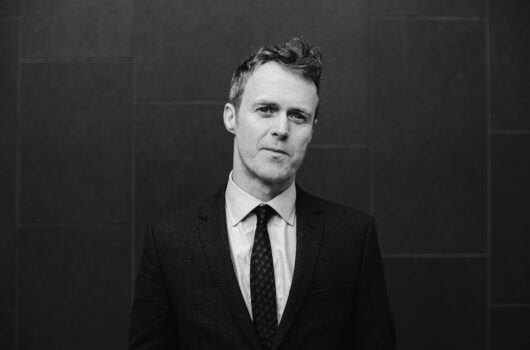 Seamus joins NIFHA from Logistics UK, one of the UK’s largest trade associations which represents the views of over 19,000 members, where he was the Northern Ireland Policy Lead with responsibility for policy, communications and public affairs.

He will now lead the team at NIFHA which has 20 members who manage over 57,000 homes and provide care and support services for thousands of people. Seamus will represent the views of the social housing sector through engagement with government and key stakeholders, ensuring that housing policy is strategically developed and that investment in social housing is prioritised.

Welcoming Seamus to NIFHA, chair Hazel Bell, said: “We are delighted that Seamus is joining NIFHA to lead our organisation and sector at what is a critical time for housing associations in Northern Ireland. While our members are delivering new homes and supporting tenants, there are still many challenges for our members, including a growing housing waiting list and some significant obstacles to development.

“Seamus is well known through his work with government on key economic issues for Northern Ireland. He played an integral role in representing Northern Ireland’s interests in the NI Protocol and Brexit negotiations as part of NI Business Brexit Working Group. The experience he will bring to the housing sector will be invaluable, as we work to see progress on key issues such as the Housing Supply Strategy.”

As he starts his new role, Seamus said: “I am delighted to take up this new challenge with NIFHA. Housing is a critical matter for communities right across the region and I look forward to representing those interests and building on the great work of the NIFHA team and its members.”

The appointment comes as the NIFHA joined three other housing and homelessness organisations to express concern at continued delays to energy bill support.

The Chartered Institute of Housing (NI), Homeless Connect, and Housing Rights have expressed concern regarding the further delay of the £600 energy bill payment, which will now not reach consumers in Northern Ireland until after Christmas.

Collectively the four organisations said: “Households here are being failed by the ongoing lack of financial support to help with increased energy costs; continuing delays to the scheme being rolled out are unconscionable, particularly given that households in England, Scotland, and Wales have rightly been in receipt of support since October this year.

“Our members and the tenants and communities we work with are already being impacted by significant pressures on their households’ budgets and the delay in this payment further compounds this. Our members report increased instances where people are sitting in cold homes this winter. The health and social impacts of this in the immediate and longer term will be costly to individuals, especially to those more vulnerable groups, and in some instances may prove fatal.

“We are calling on decision makers to work to ensure that the Energy Bill Support Scheme reaches households in Northern Ireland as a matter of urgency.”