The community-led restoration of the former Police Station in Langholm as affordable homes has won the ‘Best Old Wreck’ category at the Scottish Empty Homes Awards. 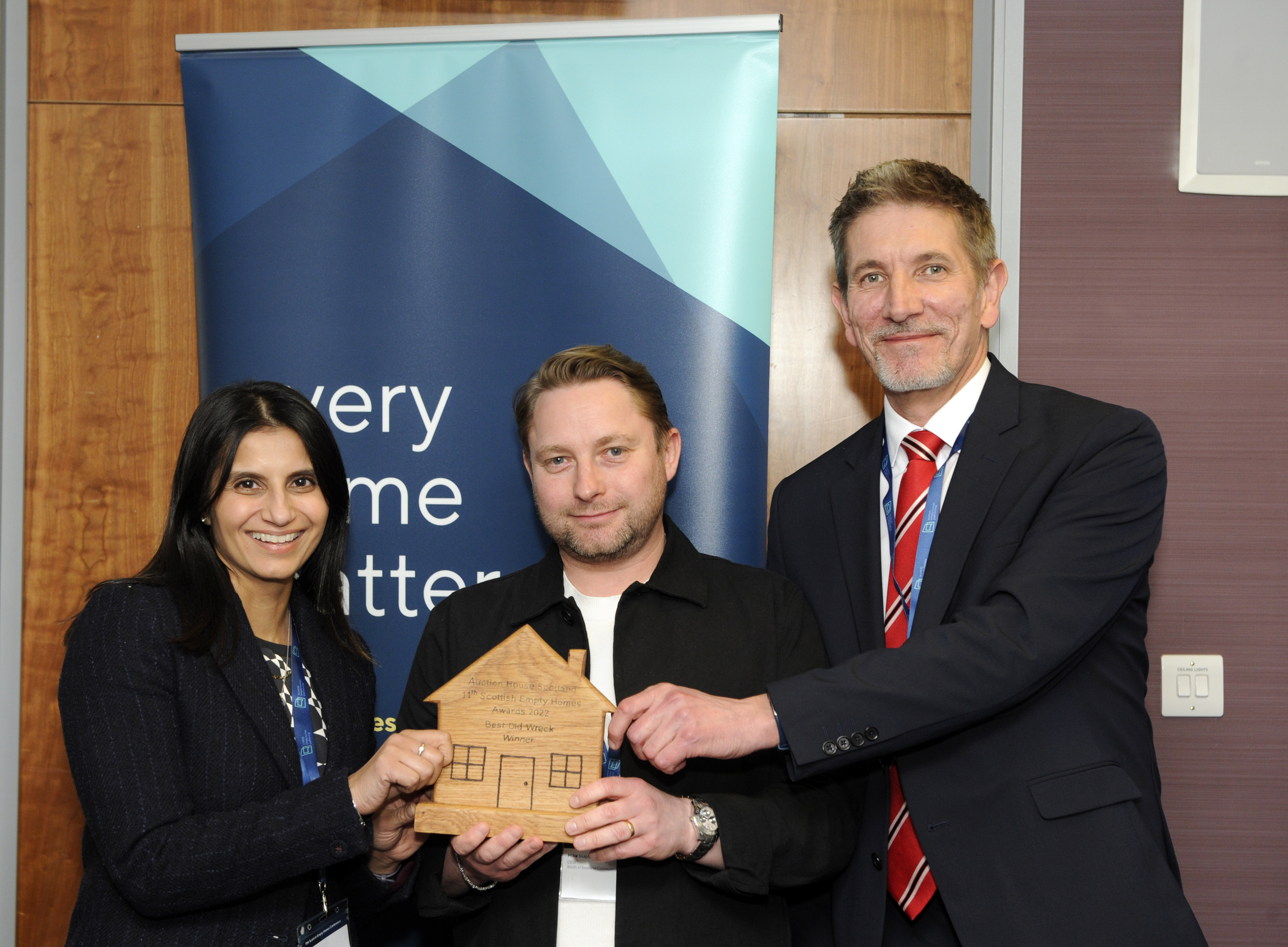 The project is a partnership between community organisation The Eskdale Foundation and South of Scotland Community Housing (SOSCH).

The Scottish Empty Homes Awards took place in Edinburgh on 22nd March 2022, run by Scottish Empty Homes Partnership, an organisation funded by the Scottish Government and hosted by Shelter Scotland that exists to encourage Scotland’s approximately 43,000 long-term empty homes back into use. The Old Police Station project was the winner in the “Best Old Wreck” category, reflecting the restoration of the long-term vacant building to bring two empty homes back into use and repurpose offices and cells to provide two further new homes.

The Eskdale Foundation and SOSCH completed the restoration of the former police station to provide community-owned affordable homes in 2021. The project, under the guidance of John Gilbert Architects, has restored the high-profile empty town centre property to its former glory, including reinstatement of unique features.

The “Old Police Station”, which had been empty and disused for approximately 15 years, has been converted into four affordable homes for rent which are now occupied by residents with a local connection to Langholm. 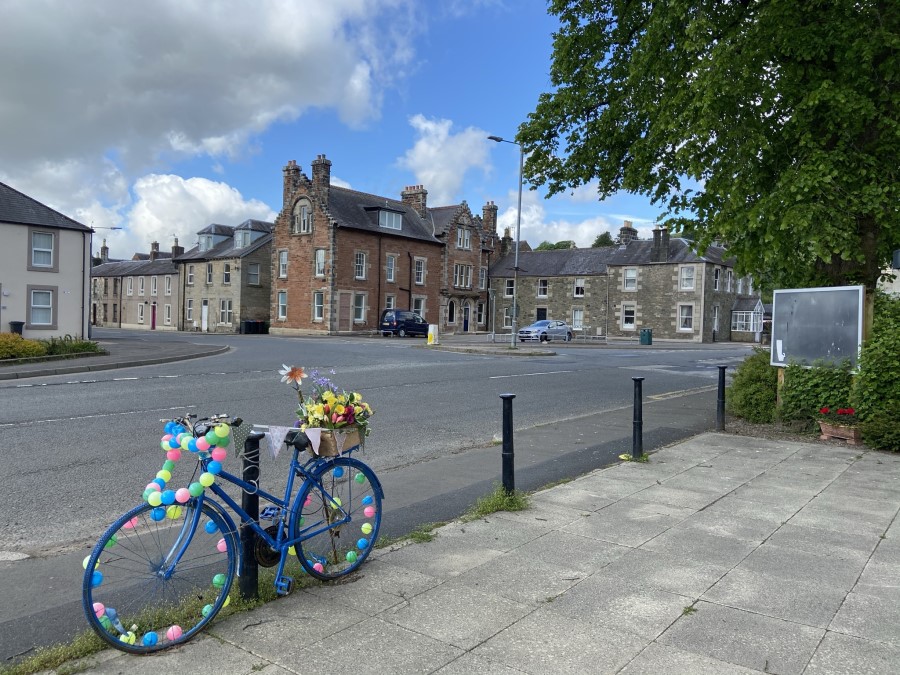 SOSCH supported of Eskdale Foundation over a period of five years in order to plan the project and secure a funding package for the painstaking restoration of the building. This work identified affordable housing as a key priority within a town that has faced significant economic challenge, contributing to the resilience and future sustainability of the local community and supporting other regeneration efforts.

The project was supported throughout by Dumfries and Galloway Council, including agreement to transfer ownership of the property to Eskdale Foundation via Community Asset Transfer and capital funding support via their Town Centre Living Fund (ringfenced income from Council Tax on Second Homes).

The planning and delivery of the project has also been supported by funding from the Scottish Government’s Rural Housing Fund, Scottish Land Fund, South of Scotland Enterprise, Architectural Heritage Fund and local windfarm community benefit funds.

The redevelopment of the property was overseen by John Gilbert Architects, leading on a wider professional design team, and delivered by Cubby Construction. The overall team and partnership approach has been integral to successful delivery and securing the specific skills require to repurpose this unusual property as warm, safe, secure homes.

The finished project has delivered bright, welcoming spaces which preserve the fabric and history of the building, making the most of unusual features – for example bathroom installation in one of the carefully restored and listed police cells. The renovation means the prominent town centre building is now used and enjoyed by both local residents and visitors.

Community Organisation, Eskdale Foundation, already had a track record in community-led affordable housing, owning and managing homes for older residents within the nearby Greenbank Development. The knowledge and confidence already developed by the group has encouraged their commitment to secure and restore the Old Police Station as a much needed community asset for the town of Langholm. 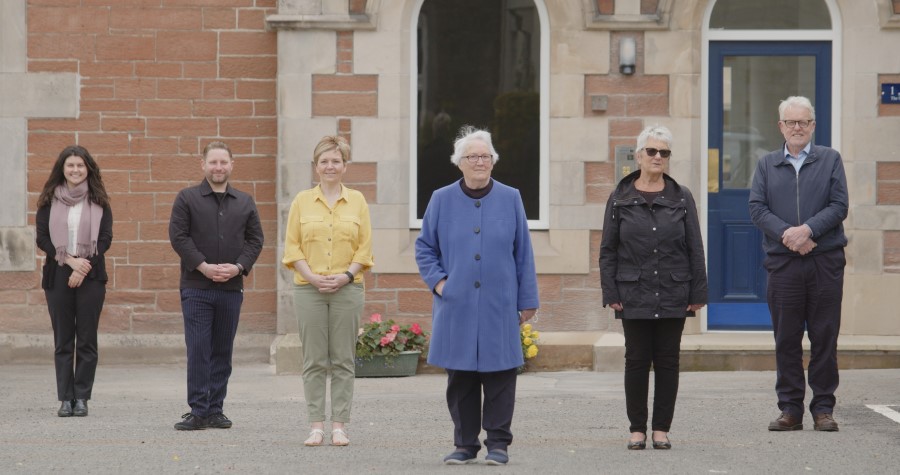 In addition the project was shortlisted in the Housing and Regeneration category of this year’s SURF Awards and was a winner at Scotland’s Towns Partnership’s “Let’s Live Local” awards in the Town Centre Living category.

SOSCH commissioned Open Aye to produce a filmed Case Study of The Old Police Station, which can be found here.

Shaheena Din, national project manager for the Scottish Empty Homes Partnership, said: “I am delighted for all those involved in the fantastic transformation of the Langholm police station and congratulate them on their win. SOSCH and The Eskdale Foundation have shown an incredible effort to boost community housing through their work in bringing an ‘old wreck’ back into use.”

Mike Staples, chief executive at South of Scotland Community Housing, added: “It’s great to see the Empty Homes Partnership recognise with this award the role that community-led housing and community ownership can play in bringing empty homes and vacant buildings back into use. The Old Police Station has provided much needed affordable homes for Langholm, whilst restoring an important local building that had been empty for many years. SOSCH are delighted to have played a role in making this happen.”