Over half a million Scots ‘in severe poverty’ 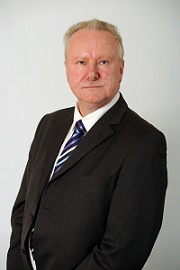 Over half a million people in Scotland lived on less than half the average income in 2012/13 while six in ten people in relative poverty were in severe or extreme poverty, new data has revealed.Analysis by the Scottish Government shows 510,000 people were classed as living in households in severe or extreme poverty – of whom 330,000 were working age adults, 100,000 were children and 80,000 pensioners.

Commenting on Severe Poverty in Scotland, social justice secretary Alex Neil (pictured) said: “It’s a disgrace that so many people live in such severe or extreme poverty, but it’s an unfortunate and inevitable result of the UK government’s failed austerity agenda and welfare cuts that are slashing incomes for some of our poorest households.

“With employment increasing and unemployment down, Scotland is outperforming the rest of the UK, yet the statistics show that a job is no longer any guarantee against severe or extreme poverty.

“That’s why we opposed cutting in-work tax credits and why the Scottish Government and its agencies are paying the living wage, encouraging other employers to follow suit.

“We have put tackling poverty and inequality at the heart of government, through policies like the council tax freeze, free prescriptions, expanding childcare provision, while we are mitigating the worst of the welfare cuts, by replacing income lost through the bedroom tax or council tax benefits cuts. That action is making a real difference and we will continue to make the argument for a fairer welfare system.”

Alison Watson, deputy director at Shelter Scotland, added: “People across Scotland are being battered by a perfect storm of welfare reforms, stagnant wages, high utility bills, higher living costs and job insecurity. For many, the safety and security of home is under threat like never before.

“The high cost of housing is driving many more households into severe or extreme poverty, compounding their hardship. It’s time to put housing at the very heart of the political agenda in Scotland to ensure that everyone has access to a safe, secure and affordable home.

“We need to build at least 10,000 new homes for social rent and look to reform the growing private rented sector if we are to meaningfully tackle Scotland’s housing crisis and begin to address one of the core reasons behind widespread poverty which is bringing misery to thousands of families and individuals across the country.”