A Bill to protect private sector tenants by introducing measures to limit rent increases and to increase the availability of information about rent levels was launched by Pauline McNeill MSP this week. 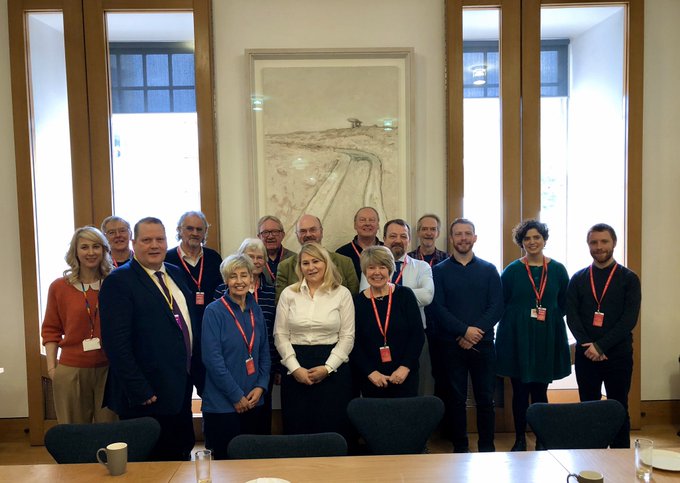 Announced by Scottish Labour leader Richard Leonard at the party’s conference in 2019, the ‘Mary Barbour Bill’ seeks “radical reform” to address the contribution the private rented sector is making to Scotland’s housing crisis.

Ms McNeill said the legislation will see the introduction of a new points-based system to enforce fair rents.

It would also see rents linked to average wages to ensure they are affordable, give tenants the power to challenge unfair rents or submit rent reduction claims and ensure that all private rented properties meet proper standards for health and safety and energy efficiency.

Pauline McNeill MSP said: “Radical reform of the private rented sector is badly needed and what I am aiming to do with this bill is to make a start towards that.

“We won’t be able to legislate for everything that needs to change during this session of parliament, but this Bill will make a start and lay a marker for the crucial action which needs to be taken in the next parliament.

“The relationship between ever-increasing rents and poverty is clear. Rent Pressure Zones have failed. The Scottish Government have missed an opportunity in this parliament to tackle high rents. With this Bill, I hope to correct that mistake.

Mike Daily, solicitor advocate from the Govan Law Centre, spoke at the event and is providing support to draft the Bill.

“Rents in our biggest cities have been rising at double the rate of inflation year on year with a 40% hike in the last nine years. The fastest growth in severe poverty in Scotland is now in our private rented sector.

“The Scottish Government’s 2016 Private Housing (Tenancies) (Scotland) Act has done nothing to cool an overheated and unsustainable sector. No council has ever sought a rent pressure zone (RPZ). RPZs have proven to be unworkable and useless.

“In Greater Glasgow, private rents increased a further 5.3% last year. The 2016 Act isn’t working and vulnerable Scots are being squeezed and plunged into unnecessary human misery.

“We are delighted to work with Pauline to help draft her Bill over the next few weeks to instil some much-needed fairness and affordability into our private rented sector.”