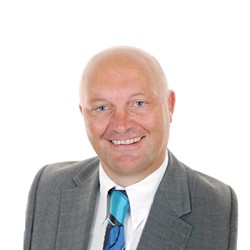 Annual profits jumped 13% to £1.091bn at the housebuilder which was caught in a pay row last year and is under scrutiny over its continued involvement in the Help to Buy scheme.

The publishing of the results was also used to confirm that interim chief executive, Dave Jenkinson, will remain in that role permanently.

The results come a day after shares in Persimmon fell 5% fell because of questions over its continued involvement in the Help to Buy scheme.

Mr Jenkinson has been with the firm for 22 years and had been interim chief executive since November, following Mr Fairburn’s departure.

He said: “Our results for 2018 reflect our successful focus on offering attractively priced new homes primarily to the first-time buyer and first-time mover markets, where housing need is greatest.

“This strategy has enabled Persimmon to grow its construction volumes by more than 75% since 2012, making a significant contribution to UK housing supply.

“My focus is to build on this strong platform, maintaining our operational momentum, but also implementing a number of necessary new initiatives in customer care.”

Chairman Roger Devlin said: “Persimmon is changing. In his short time as interim CEO, Dave Jenkinson has introduced new approaches to customer satisfaction and colleague engagement, whilst also ensuring that the group delivered another year of growth.”

Looking ahead, the company said in a statement: “Whilst sales expectations remain subject to a degree of uncertainty at the start of any financial year, the lack of clarity with respect to the UK’s exit from the EU is currently creating additional unpredictability.”

It added: “We have worked with our suppliers to identify any material supplies which may be exposed to some disruption to availability as a result of Brexit and we are working with them to adopt appropriate mitigating measures.”