Professor Glen Bramley: Can Edinburgh build its way out of poverty?

In a guest blog for the Edinburgh Poverty Commission, Professor Glen Bramley from the Institute for Social Policy, Housing, Equalities Research at Heriot-Watt University, writes that there is no pathway to ending poverty in Edinburgh without resolving the city’s housing and homelessness crisis. 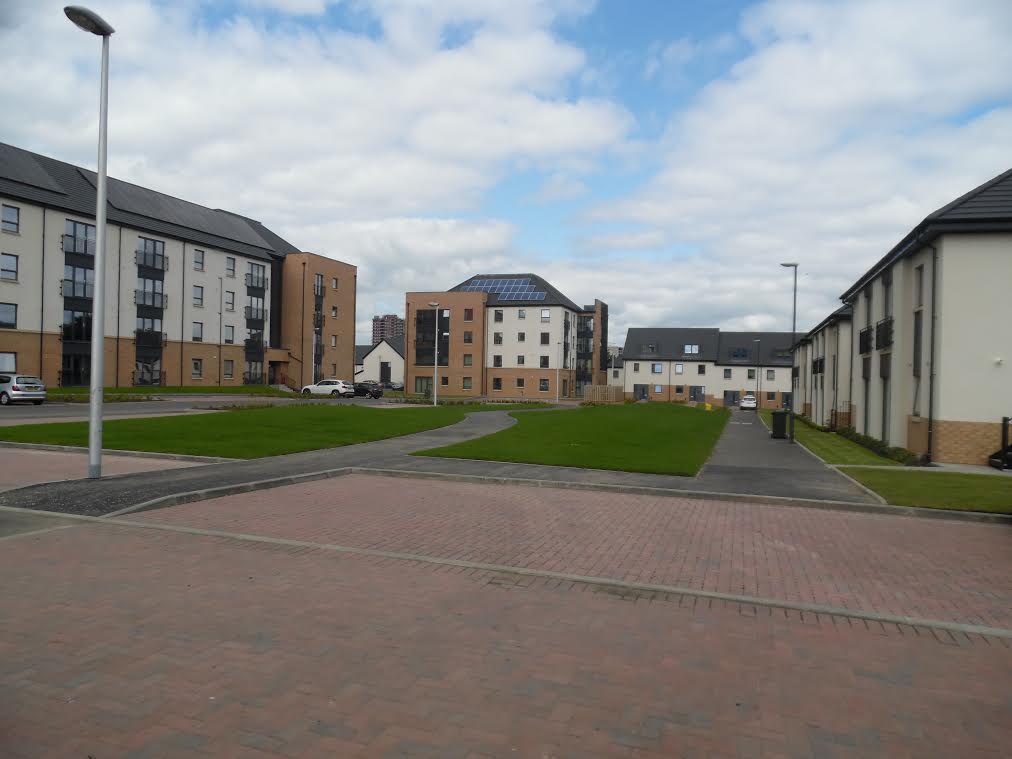 The city of Edinburgh is very concerned about poverty. Last week, councillors on the council’s policy and sustainability committee met to approve a ten-year delivery plan of actions that will be taken to help eradicate poverty in the capital by 2030. This follows the recent publication of the final report of the independent Edinburgh Poverty Commission, which set out calls for action to end poverty in the city, including highlighting a very significant role for investment in new social housing.

In the report, the Commission calls for 3,000 new affordable homes to be built in Edinburgh over the next ten years, including 2,000 new social rented homes. This rate of building would be at least a third higher than the city’s already ambitious housing development plans, and a massive increase on the 411 affordable homes built per annum over the last 10 years.

Edinburgh is the most pressured market in Scotland and historically had a relatively small social housing sector by Scottish standards, so that now it finds it difficult to house the many homeless households presenting, let alone anyone else. So this ambitious programme would seem to be meeting an urgent need and correcting a long-standing imbalance, assuming it could actually be funded and delivered. On the face of it, this should be good for reducing poverty, because social housing is much more affordable, certainly in comparison with private renting. But how good?

Edinburgh is notable within Scotland for its exceptionally large private rented sector and high level of rents. Indeed, the latest statistics on the private rented sector (PRS), published by Citylets, document that the average one-bedroom property in Edinburgh costs £804 per month to rent, while a two-bedroom property can be rented for £1,042 per month. Private rents have jumped by 52% in the last decade, while wages have not increased at comparative rates.

Accordingly, it is obvious that many of the additional 20,000 households accommodated in social rented housing in the Capital would be paying a lower rent than they otherwise would have been in the private sector. Assuming social renters are mainly low-income households, they should be on Housing Benefit/Local Housing Allowance/Universal Credit, and much of the rent saving would be offset by lower benefit payment (so the DWP rather than the tenant benefits from the saving). However, quite a lot of the benefitting households may be former PRS tenants who were affected by the cap on Local Housing Allowance (perhaps 7-8,000 in Edinburgh), they would gain also by having all rather than some of their housing costs covered.

There are other more indirect potential benefits: additional construction jobs and training would be helpful, given heightened unemployment risks post-Covid. It should be noted that these would be enhanced by the positive relationship found in my modelling work on housing supply, which shows that localities with higher levels of social housebuilding also deliver more private completions as well. This is particularly so where inclusionary planning requirements for affordable housing are applied, as in Edinburgh.

Social housing is associated with greater tenure security too, which should provide indirect benefits in terms of less stress-related health problems, which in turn should enable better employment prospects and retention. With lower rents, the problem of interaction with the benefit system reducing the marginal financial gain from moving into work or increasing hours and earnings, generally referred to as the ‘poverty trap’, do not operate to the same extent, so creating more incentive to enter work or work more hours.

At the same time, realism is needed about the prospects for different groups entering employment or fully escaping relative poverty. Some of the potential beneficiaries are currently or likely to be in severe poverty or destitution, including most of the core homeless and severe and multiply disadvantaged (SMD) groups. Even where such households could be much better off in new social rented homes, the rent cost benefits alone may not be enough for them to rise above the measurable poverty threshold. For these groups, long term prospects for staying out of poverty will depend as much or more on the floating support provided under the ‘Housing First’ model. While this could be ratcheted up to helping 3-4000 households a year for a period, it underlines the important point that for such approaches to be successful, decent homes by themselves are not enough. The revenue-funded support, mental health and rehab services that accompany the ‘Housing First’ model also need to be in place and enhanced.

The outcome of enhanced social housing supply also depends partly on who the additional social lettings go to (including vacancies released by transfers) – to what extent will these be new households versus existing private renters, versus homeless/SMD groups in temporary accommodation?

There is an apparent dilemma too associated with new households forming from currently concealed households living with others (e.g. parents, relatives, friends, flat-sharers) in the private household population. Quite a few of this large group of potential households are ‘marginal’ in the economic sense, which means that they may well be in relative poverty once they form a separate household. There is a paradox here – people choosing to move must be presumed to believe they are better off, in terms of space, privacy, relationships, but they are more likely to be poor as a household against the (semi-arbitrary) relative low-income standard.

This is not a marginal theoretical issue. Of the order of half of social lettings to new tenants go to newly forming households, and my simulation modelling of the housing system shows that large increases in supply in particular regions can lead to fairly large increases in household numbers, much of which is due to new household formation although inter-regional migration also plays a substantial part.

And, of course, there are issues about the location of new housing opportunities and effects of location on ability to avoid or cope with poverty – involving access to jobs, good shops, public transport, and relatives who often provide support including childcare. Major housing redevelopments in Scottish cities in the 1950s and 1960s neglected these issues and created major problems on some large mono-tenure peripheral estates. On a slightly broader spatial scale, the location of new housing provision across the whole South East Scotland region could have a significant impact on the extent and cost (financial and environmental) of commuting.

Building more within Edinburgh, where job growth is concentrated, rather than relying on new development at a distance, could reduce these impacts and again indirectly relieve some poverty. However, I think a critical part of this argument would be targeting family housing including low cost home ownership and intermediate tenures as well as social renting. Planning well to address the above issues could mean that net migration to Edinburgh would also be higher, but in an overall beneficial fashion.

If this ambitious housing programme is realised there will also be second-order adjustment processes in the private housing market e.g. including some fall in rents and prices, with more first-time buyers able to realise their aspirations, but also more re-lets and turnover within social renting. A quick run of my simulation model suggests that this 10-year strategy could lead to a 7-8% point improvement in both affordability to rent in the market and ability to buy. Most tangibly for those in housing need, the chances of getting a social housing offer within a year would rise dramatically, from under 2% to nearly 8%, with core homelessness falling by at least 40% (probably more, factoring in ’Housing First’ and ‘rapid rehousing’ policies).

I personally doubt that the general supply of private rental property will fall much, given the piling up of savings in the older demographic during COVID, although proposed restrictions on AirBnB and, allegedly, dodgy supported housing schemes may reinforce downward pressure on rents. That would also suggest less debt/eviction problems in the PRS, although these are better controlled through rent and tenancy regulation and court protocols.

So how does COVID change the picture?

As the saying goes, ‘never let a good crisis go to waste’.

On the face of it, it does strengthen the case for this type of programme. A massive spike in unemployment forecast, bearing disproportionately on younger, less skilled/experienced workers and young people entering the labour market is likely. And Edinburgh seems to have been hit disproportionately by COVID based on Universal Credit take-up data, probably due to high concentration in tourism, travel, culture, entertainment sectors. Coupled with that, there has been strong support to boost investment in all kinds of physical infrastructure, of which housing is a part. But at the same time, a dose of realism is in order, and building a lot more social housing will not be a miracle cure for poverty; as the work of the Edinburgh Poverty Commission underlines, action is needed on many fronts to bear down on poverty and its ill effects.

The housing expansion the Commission asks for does have the potential to reduce poverty and its effects by improving access to lower rents (in the social, and possibly also the private rented sectors), by providing more secure tenancies, by improving work incentives, by reducing homelessness, and by creating new construction jobs. However, the benefits are not always straightforward and paradoxical effects, such as the stimulation of new, low income households, may limit the measurable impact on poverty numbers.

At the same time, house building alone will not be enough to end poverty.

As the Commission identify in their final report, housing investment needs to be carried forward in a way that builds mix tenure, connected communities that do not push poorer citizens away from the core of the city. In doing so, any investment in the physical infrastructure of housing must be complemented with parallel financial support for mental health, rehab, employability and welfare advice services that can support new social housing tenants out of poverty.