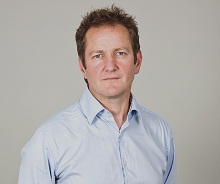 A report into benefit sanctions by homelessness charity Crisis has revealed a postcode lottery where people are more likely to be penalised than others.The report found significant variations in sanction rates in different parts of the UK with Aberdeenshire and Clackmannanshire among the areas where people are most likely to be sanctioned.

The findings come from a new independent report presenting evidence of a flawed and punitive regime with devastating consequences for homelessness, food poverty and health.

The report Benefit Sanctions and Homelessness - conducted for Crisis by the Centre for Regional Economic and Social Research at Sheffield Hallam University - comes as a Parliamentary inquiry on sanctions prepares to deliver its findings later this month. It uncovers wide variations in how rules are being applied on the ground and provides evidence of large numbers of unfair or inappropriate decisions, with particular concern over the impact on homeless people.

It warns that homeless people may be disproportionately affected by sanctions, with many facing obstacles that make it harder for them to meet the conditions of the regime, including mental and physical health problems, a history of domestic violence and poor literacy and IT skills.

The report also looks at evidence suggesting that sanctions can increase people’s risk of becoming homeless, leaving them struggling with debt and without enough money for food, rent or heating.

Jon Sparkes, chief executive of Crisis, said: “The government has assured us that benefit sanctions are only for those who refuse to play by the rules. But evidence is mounting of a punitive and deeply flawed regime.

“Sanctions are cruel and can leave people at severe risk of homelessness – cold, hungry and utterly destitute. At the same time, people who are already homeless can struggle to meet the conditions of the regime. Many are trying to rebuild their lives, and losing the support of benefits can be disastrous. This isn’t helping people into work. It’s kicking them when they’re down.

“We want our next government to commit to an urgent, wide-ranging review looking at the appropriateness and effectiveness of sanctions, especially for people at risk of or experiencing homelessness.”

The report highlights the dramatic rise in sanctions over the past five years and provides evidence of large numbers of unfair or inappropriate decisions. It shows how half of all ‘reconsidered’ sanction decisions are overturned and that Job Centres and providers are often uncertain about how rules should be applied on the ground. Work Programme sanctions are most likely to be overturned (19 per cent), suggesting that people are often being wrongly penalised through this route.

The report also looks at the devastating impact of sanctions, particularly for homeless people and those already experiencing severe hardship. It reviews a range of studies and sources, providing evidence of:

Report author, Dr Kesia Reeve of Sheffield Hallam University said: “This evidence review raises serious questions about the appropriateness, effectiveness, and consequences of benefit sanctions, particularly for homeless people. The evidence at present is limited, but points clearly to a system that is more punitive than it is supportive and that fails to take into account the barriers homeless people face.“The scale and magnitude of sanctions is startling, as is the wide variation found across the country. Over the coming year we will be building a robust evidence base, so that informed debate can take place about the appropriateness and effectiveness of welfare conditionality and benefit sanctions in the context of homelessness.”