An independent evaluation of the Rock Trust’s Housing First for Youth (HF4Y) pilot project in West Lothian has found that engagement with the project directly resulted in positive changes to the lives of the young people using the service over a two-year pilot period. 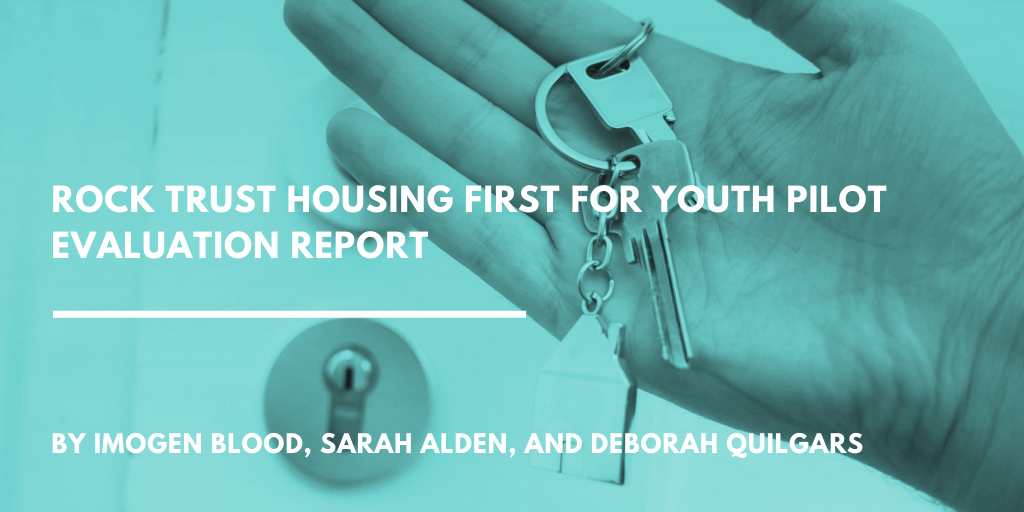 The Rock Trust pilot project is the first HF4Y service set up to specifically support care-leavers in the UK, and is the first service of its kind to be independently evaluated.

The report found that 92% of the young people using the service successfully sustained their tenancy and 100% remained engaged with the support programme throughout the pilot project.

Housing for the pilot was primarily provided by Almond Housing Association.

The aim of the Rock Trust Housing First programme is to support care-leavers aged 16-25 who are, or are at risk of, becoming homeless.

The success of this pilot project offers yet more evidence that Housing First for Youth has a key role in ending youth homelessness in Scotland and across the UK.

Young people have different support needs to adults, which are not always considered by some traditional service approaches. With Housing First for Youth, young people’s choice and control is placed at the centre of support, empowering them to make decisions and changes as they feel ready to, as well as having the space to make decisions and mistakes - which is important to any young person as they prepare for and develop into adulthood.

In Rock Trust’s pilot project, placing young people’s rights and needs at the centre of support helped to build long-term trust with support workers and adherence to the programme.

The ‘natural’ ‘human’ relationships between young person and support worker cultivated within a Housing First for Youth service have a different quality to those which develop in traditional, time-limited, congregate supported housing, and fit well with those advocated for by the Care Review Scotland.

Even if the young people using a Housing First service decide to move or change tenancies later on, they are empowered and supported in their decision-making process, and feel in control.

The report finds that this stability of support – staying with a young person through any planned moves – is a particularly strong feature of Rock Trust’s approach to Housing First and suggests a model which could also be adapted for Housing First for adults in areas where the private rented sector needs to be used.

Kate Polson, CEO of Rock Trust, said: “The multi-stakeholder collaboration between Almond Housing Association, the West Lothian Council, and Rock Trust, together with the positive engagement from the young people involved, and support from the Housing First Europe Hub, has been instrumental in making this project a success.

“It is also particularly encouraging that a housing association has not only supported this pilot with their properties but has been a proactive member of the practice team throughout the project, and there are indicators that the trauma-informed way of working is rippling out into wider housing management practice.”

Samara Jones, programme coordinator for the Housing First Europe Hub, added: “The unique perspective of Rock Trust and its inspiring rights-based, young person-centred approach is valued by our network across Europe. The independent findings of this pilot project clearly demonstrate that when you apply the core principles of Housing First, young people can thrive. This new and robust evidence of the efficacy of Housing First for Youth as a successful, rights-based, approach that supports young people in their own accommodation, will continue to serve as an important example of how to deliver Housing First for Youth in a way that works.”

Overall, this pilot demonstrated the positive impact of having a secure and high-quality home for this group of care-experienced young people who have also experienced significant and repeated instability.

This report adds to the growing body of evidence that a Housing First for Youth approach can provide young people - especially those failed by other projects and systems in the past, who might otherwise be left to struggle on their own - with a home and the support they need to keep it.