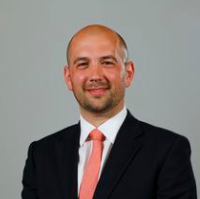 Six Scottish social security benefits will be increased by 6% from April 1.

Social security minister Ben Macpherson has announced the rise in support for low income households and carers in light of the increasing cost of living pressures.

Benefits and assistance including Job Start Payment, Young Carer’s Grant, Funeral Support, Best Start Grant and Carer’s Allowance Supplement were due to be uprated by 3.1% for 2022/23. Subject to parliamentary approval, the increases will now be almost doubled to a 6% uprate.

Mr Macpherson said: “We are acting urgently in response to growing pressures on the costs of living, which were already rising and have now increased significantly again due to the illegal war in Ukraine.

“We will provide additional support as quickly as possible by further increasing several forms of devolved social security benefits and assistance - enhancing our planned 3.1% uprating to a 6% rise - and this will be implemented in just over two weeks’ time.

“The Scottish Government is determined to use the powers we have to move at pace to help those who need assistance most in these challenging times. The benefits we are uprating will support those on low incomes, particularly families and unpaid carers.”