Shelter Scotland: Nearly half of Scots have struggled with housing costs 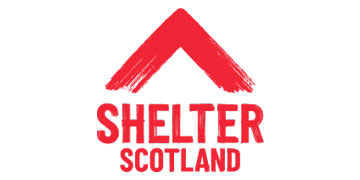 Nearly half of Scots have struggled to pay their housing costs, a survey carried out for Shelter Scotland has found.

Overall, 48% of people surveyed said that they had, at some point, struggled to meet their housing payments. However, 57% of people with children in their household said they had experienced difficulties.

The survey also found that women were more likely to have struggled than men, 54% compared to 42%, while 51% of people aged 25-34, and 56% of people aged 35-54, also said they had at some point found it difficult to pay their housing costs.

Being in full-time employment was no guarantee of security, with 49% of those in full time work saying they had struggled at some point and 27% saying they were currently struggling.

Shelter Scotland has warned that the cost-of-living crisis will expose even more people to the risk of homelessness and that more social housing is urgently needed to alleviate the housing emergency.

Ahead of the upcoming local elections, the housing charity is calling on city leaders in Scotland’s four largest cities to commit to urgently delivering the social housing needed to lift children out of temporary accommodation and meaningfully tackle homelessness.

Shelter Scotland director, Alison Watson, said: “Scotland has been experiencing a housing emergency for years and now, with an unprecedented cost of living crisis bearing down, more and more people will be exposed to the risk of homelessness.

“These survey results expose the scale of the problem; people across the country are facing enormous pressures just to meet their housing costs. The injustice of our housing system is underlined by the fact that women and people with children are significantly more likely to struggle with housing costs.

“The fact that around one in four people in full time employment are currently struggling with the cost of living also shows that the housing emergency can affect anyone, and this will only be exacerbated as incomes continue to be squeezed.”

She added: “This is why Shelter Scotland is imploring our cities’ leaders to commit to urgently building the social homes we so desperately need. Thousands of children across Scotland are currently stuck in temporary accommodation, denied the stability that a permanent home provides, and there’s a real risk that situation could deteriorate even further.

“The only way to stop the housing emergency is to build more social homes. The Scottish Government has promised the cash to build them, but we need to keep fighting to make sure those promises are fulfilled, and the homes are actually built.

“We need our politicians to step up and build a future where everyone in Scotland has their right to safe, permanent, home upheld. We can’t allow the cost-of-living crisis to strip people of their homes.”