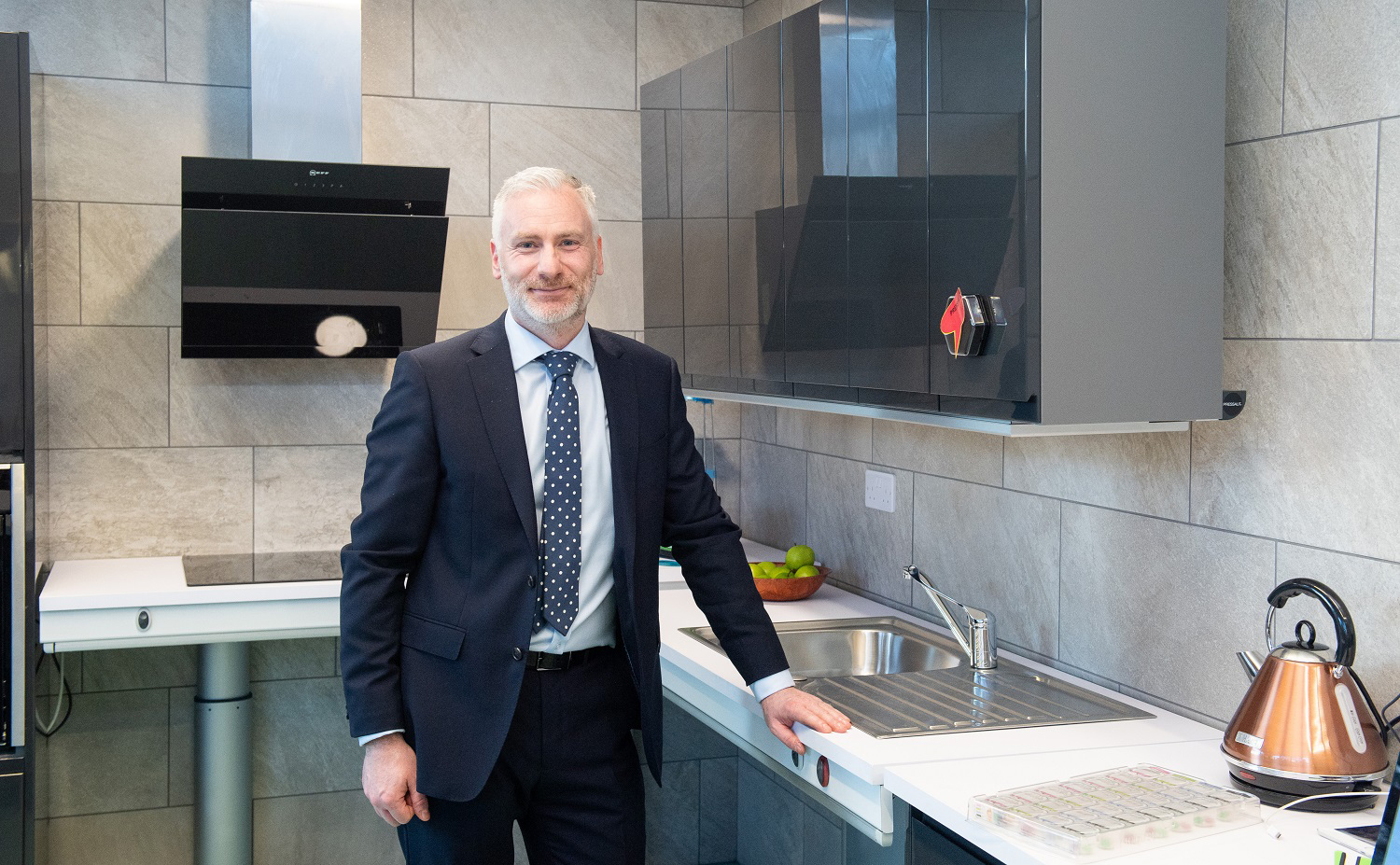 Simon Fitzpatrick will be promoted internally to lead the independent living specialist, which has 600 staff and operates more than 1500 properties across 28 local authorities.

Blackwood is renowned for championing the use of technology to help its residents to live as fully and independently as possible while coping with complex needs or age-related conditions.

For the past seven years, Simon has been Blackwood’s development and commercial director, spearheading the development and rollout of its award-winning Blackwood House model, the gold standard for accessible housing to support independent living in Scotland.

Julie McDowell, chair of Blackwood Homes and Care, who has led the board in setting out an ambitious five-year plan, said: “Simon’s skills, experience and enthusiasm for Blackwood’s mission make him the outstanding candidate to take us forward.

“The board is confident that Simon is the right person to steer Blackwood through the many challenges currently facing our sector to achieve our longer term ambitions.”

The father-of-two young children has enjoyed two spells with Blackwood, first joining as the property investment manager, before returning to take up the role of development and commercial director.

Simon will assume the CEO role as of February 1, 2023, taking over from outgoing chief executive Fanchea Kelly, who is stepping down after 10 years.

He added: “I’m incredibly passionate about Blackwood’s work, so it’s a great honour to be taking the helm at this fantastic organisation. What Blackwood has achieved under Fanchea’s guidance is remarkable.

“Beyond that the ambition of what Julie and the board have set out for us to achieve over the next few years is equally impressive and I am delighted I will be part of that, working with a team I greatly respect and admire.”

During 2022 Blackwood celebrated its 50th anniversary and those five decades have seen it earn a reputation as an industry leader which uses cutting-edge technology to help its customers to live independently.

Its homes are setting a new standard for accessible, connected and affordable housing that can adapt to tenants’ future needs. They feature Blackwood’s CleverCogs technology which is personalised and links users to care and health services, home automation, local information, entertainment, and video access to family and friends.

The annual Blackwood Design Awards attract innovations and inventions from tech hubs, universities, and a host of other sources across the globe. Previous winners have delivered vital life aids for people who are ageing or have disabilities, including an app that makes living spaces safer for people with dementia and a “spill proof” spoon for those affected by conditions which cause them to shake.

Meanwhile, Blackwood also launched its pioneering £12.5m, three-year Peoplehood project with major industry and academic partners to create neighbourhoods of the future, which promote healthy ageing and help people live independently in their own homes.

Simon Fitzpatrick will take over from Fanchea Kelly, who will leave her role as the chief executive in early 2023. Read SHN’s Housing Champion interview with Fanchea here.