Two community groups in the Scottish Highlands have together received over £23,000 from the UK’s first community carbon share, as part of Britain’s biggest rewilding project. 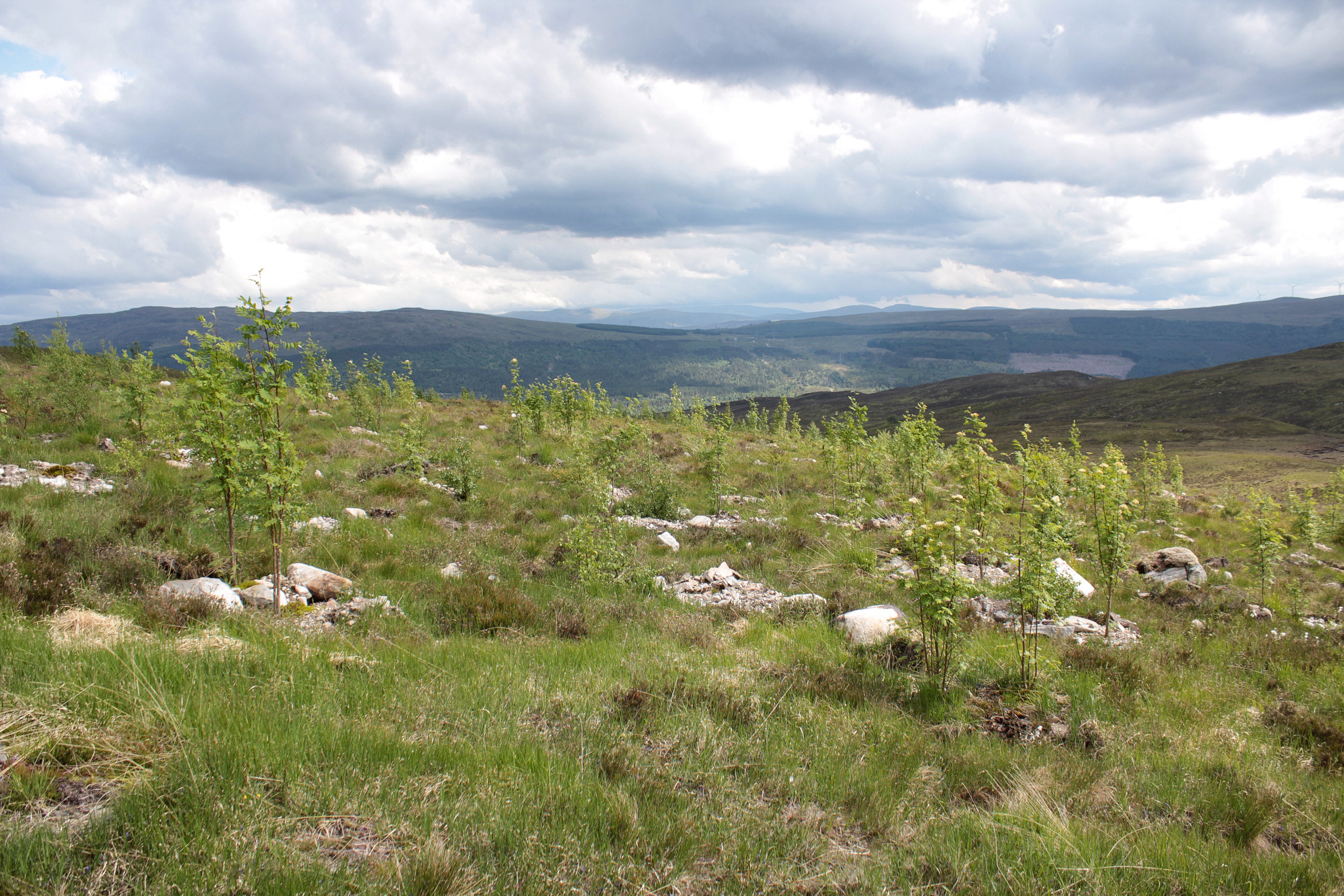 The funds have been raised by charity Trees for Life selling ‘carbon units’ from its restoration of carbon-absorbing natural habitats at its acclaimed Dundreggan rewilding estate in Glenmoriston near Loch Ness.

The initiative is part of Affric Highlands, a community-focused rewilding project to create a vast nature recovery area of over half a million acres stretching from Loch Ness to Scotland’s west coast – boosting biodiversity, addressing climate breakdown and benefiting the local economy.

Each carbon unit represents a tonne of atmospheric carbon soaked up through a restored native woodland called Allt Ruadh, where Trees for Life has planted over 250,000 trees including Scots pine, downy birch, eared willow, hazel, aspen, bird cherry and oak.

The units are being sold to organisations already taking action to reduce their carbon footprints to as close to zero as possible, but which want to offset unavoidable emissions as they work towards this goal.

Tim Perkins from the West Glenmoriston Community Company, one of the two groups to benefit, said: “This is a fantastic example of how responsible carbon offsetting can bring much-needed investment into rural areas, while helping reduce carbon emissions and restoring nature. It shows how landowners can help create, and benefit from, enriched landscapes, while supporting communities.”

Over a third of the income generated from the carbon units is being shared with the two community groups, which are working to improve the Glenmoriston area for local people and visitors. The rest of the funds will go towards Trees for Life’s rewilding work.

Trees for Life hopes that further sales of carbon units from the Allt Ruadh woodland will generate up to another £52,000 for the community groups. The charity also hopes other landowners will take an interest in using the new approach which it is trialling.

Steve Micklewright, chief executive of Trees for Life, added: “Creating rewilding benefits for local communities is essential if we are to seriously tackle the climate and nature emergencies. This pioneering community carbon initiative is one way this can happen, alongside creating new opportunities in traditional skills, slow tourism, and local food production. 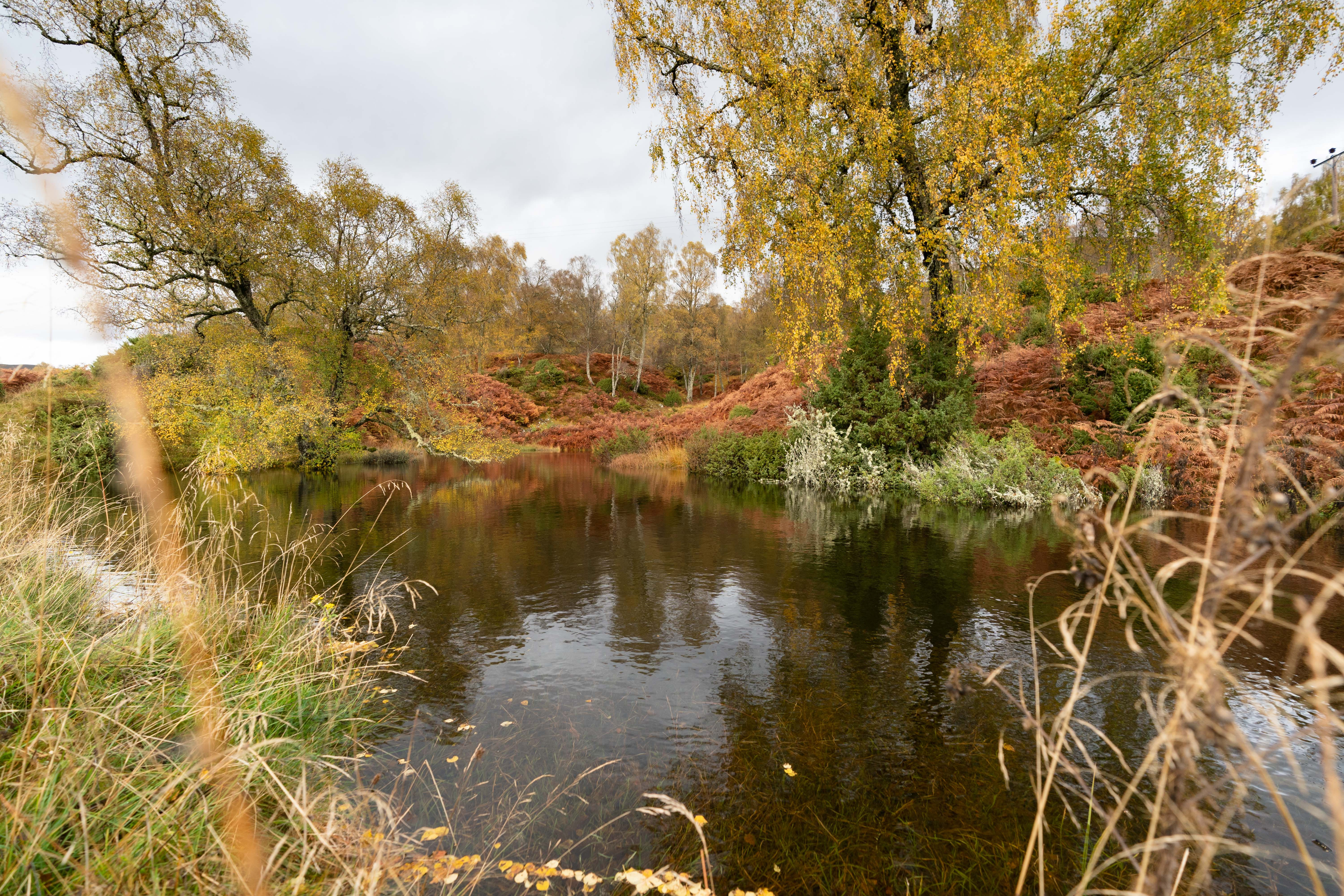 “We want to show that nature-based solutions to extract carbon from the atmosphere can also boost nature recovery and help local communities thrive – and how ethical carbon offsetting can be combined with serious action to decarbonise and leave fossil fuels in the ground.”

By only selling carbon units to organisations working to reduce their fossil fuel emissions as much as possible, the pilot community carbon share is designed to avoid greenwashing by companies claiming to offset their carbon footprints while failing to decarbonise.

Carol Pritchard, from Glenmoriston Improvement Group, added: “It’s fantastic to be a partner in Scotland’s first community carbon grant. We’re planning to use the money to make some environmental improvements to our recreation field and to erect signs advising of red squirrels and other mammals in the area to slow down traffic. We may also commission a feasibility study into the use of community air source heat pumps or other sources of renewable power, and the community is really looking forward to seeing this happen.”

The charity has been selling the units for £28 each, with £10 from each sale since last summer going into the community grants. The price has now increased to £40 a unit, with the community share just over £13.

The carbon units have been accredited by the UK Woodland Carbon Code, developed by Scottish Forestry, which independently calculates and verifies how much carbon woodland habitats can soak up over a given time period.

Affric Highlands aims to restore nature across a network of landholdings from Loch Ness across the central Highlands to Kintail in the west, including Glens Cannich, Affric, Moriston and Shiel.

It involves a broad coalition of landowners, communities and others, working through a grassroots, community-driven approach. The 30-year project was launched by Trees for Life in partnership with Rewilding Europe and local stakeholders last September.

Practical action to connect-up areas of rewilding land will begin in 2023. This will benefit wildlife including golden eagles, red squirrels, red grouse, short-eared owls, mountain hares, salmon, trout, ospreys and otters. The Affric Highlands emblem is the Scottish wildcat, and there will be efforts to help save this species from extinction.