homelessness
opinion
all in for change
everyone home

Viki Fox: Coproduction is challenging – time and resources are vital

homelessness
opinion
all in for change
everyone home

All In For Change brings together frontline workers and people with their own, personal experience of homelessness either currently or in the past putting lived experience at the heart of system change. For Co-Production Week 2020, Viki Fox, change lead with All In for Change, talks about co-production in real-time and the impact it is having in shaping Scotland’s homelessness response. 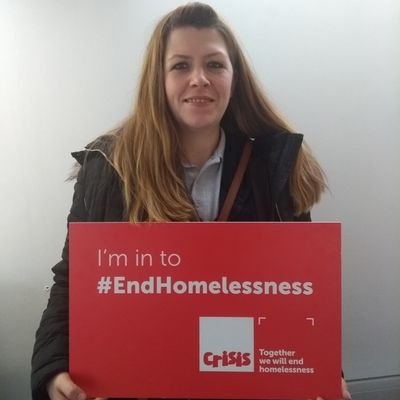 Towards the end of 2019 when I saw that there was a new initiative called the All in for Change Team I just had to apply and was delighted to be successful in becoming a Change Lead. This role really appealed to me as it was made up of people with lived experience of homelessness and those who are frontline workers (many, like myself have both of these backgrounds). We also have the academics involved to give us an evidence base for our discussions. We have four pillars, or goals, to our work:

The Scottish Government described the Change Team as a group of people with frontline and personal experience of homelessness who act as a bridge between decision makers and the people affected by change*. This is true, but we are so much more than that. We are a diverse group of people each bringing our own experiences, passions and commitment to challenge the status quo and “traditional” ways of working. This can sometimes be challenging as although we mainly agree on “core” beliefs in terms of homelessness, we often have competing priorities in different scenarios. When this occurs, it is important that we have respect for each other and an open mind. Being prepared to have your opinion changed is also crucial.

During the pandemic, we needed to find different ways of doing co-production and meeting as a team rather than in-person retreats. We have been meeting regularly on video conferencing. We strive to be at the top of the ladder of co-production and it is important to always have this in mind whenever we are involved with something and to challenge if we feel that we are falling short.

During this time I have represented the Change Team in many forums including high level decision-making forums such as the HPSG, a crossover meeting between the Change Team and the reinstated HARSAG (Homelessness and Rough Sleeping Action Group) as well as Chairing the webinar “Putting Coproduction at the Heart of the Government’s Response” that the Change Team presented at the Impact Festival arranged by the Centre for Homelessness Impact. The Festival placed CEOs of major charities on webinars with people who have current or previous lived experience – placing all knowledge and experience on an equal playing field without the usual hierarchical constraints.

The Change Team has also influenced the Scottish Governments’ updated Ending Homelessness Together Action Plan, which has recently been published. In the new recommendations, part of a person-centred approach is to “strengthen the role and influence of the Change Team”. Having this recognition from government is important, it signifies that our input is more than simply tokenistic.

Most recently I have been attending Everyone Home Collective meetings. We feel it is important (as do the Collective) that the voice of lived experience is represented at all levels of discussion and decision-making.

After almost 12 months working with All In For Change, we have learned a few things.

I believe the Change Team works and has had so many successes because communication is key to successful co-production. No one person can know everything, so by listening to each other with an open mind we can achieve the best outcomes.

All In for Change will shortly celebrate one year of helping to shape homelessness policy and practice in Scotland since it was launched in December 2019. Look out for more coverage around that time. For more information visit the Homeless Network Scotland website.

*All In for Change are mentioned on p.17 of the Scottish Government’s Ending Homelessness Together Action Plan.