Work starts on renovation of former Arnotts store in Inverness

Renovation and construction work on the landmark retail and housing development at the former Arnotts store in Inverness city centre has kicked off, with a planned completion date of the third quarter of 2022. 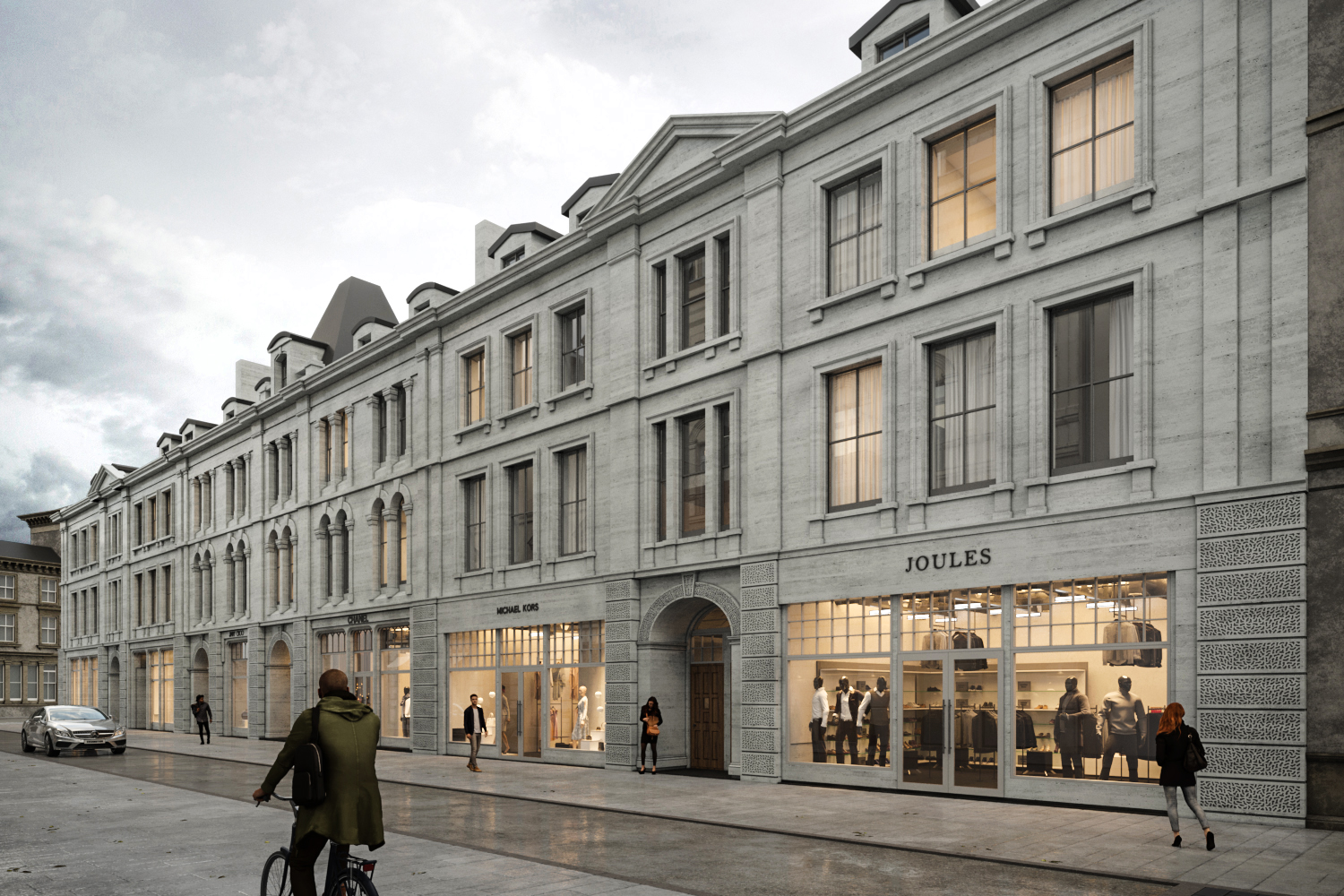 The transformative project at 7-17 Union Street will see six new commercial units created, with four on Union Street and two accessed from Baron Taylor’s Street where a wholly new entrance will provide a much needed focal point for the street.

The development from Swilken Estates will also see the listed buildings on Union Street (1863) and Baron Taylor’s Street (1892) sympathetically restored while inside unique retail and office space will be created.

The upper floors of the four storey building will house 53 new apartments for long term rental through Highland Council and Highland Housing Alliance, providing much needed housing for the city centre. The retail and residential development, which has the full support of the Highland Council, has been hailed by leading figures there as a catalyst for the whole regeneration of the Union Street / Baron Taylor’s Street area.

The retail development, which will restore features such as the original facade on Union Street and shopfront detailing and introduce spiral wrought iron staircases and exposed walls, will connect Union Street to Baron Taylor’s Street, breathing new life into one of Inverness’s most atmospheric thoroughfares. The existing buildings at 33-41 Baron Taylor’s Street, which will form a key part of the retail space, include one of the earliest steel framed buildings in Scotland.

As well as revitalising a neglected quarter of the city centre, the development - which is the biggest city centre development in Inverness since the Eastgate extension - will secure up to 200 jobs during the construction phase.

The new development from Swilken Estates has appointed Inverness-based IBI Joiners as principal contractor with the work of local tradesmen and contractors to be showcased on the project. 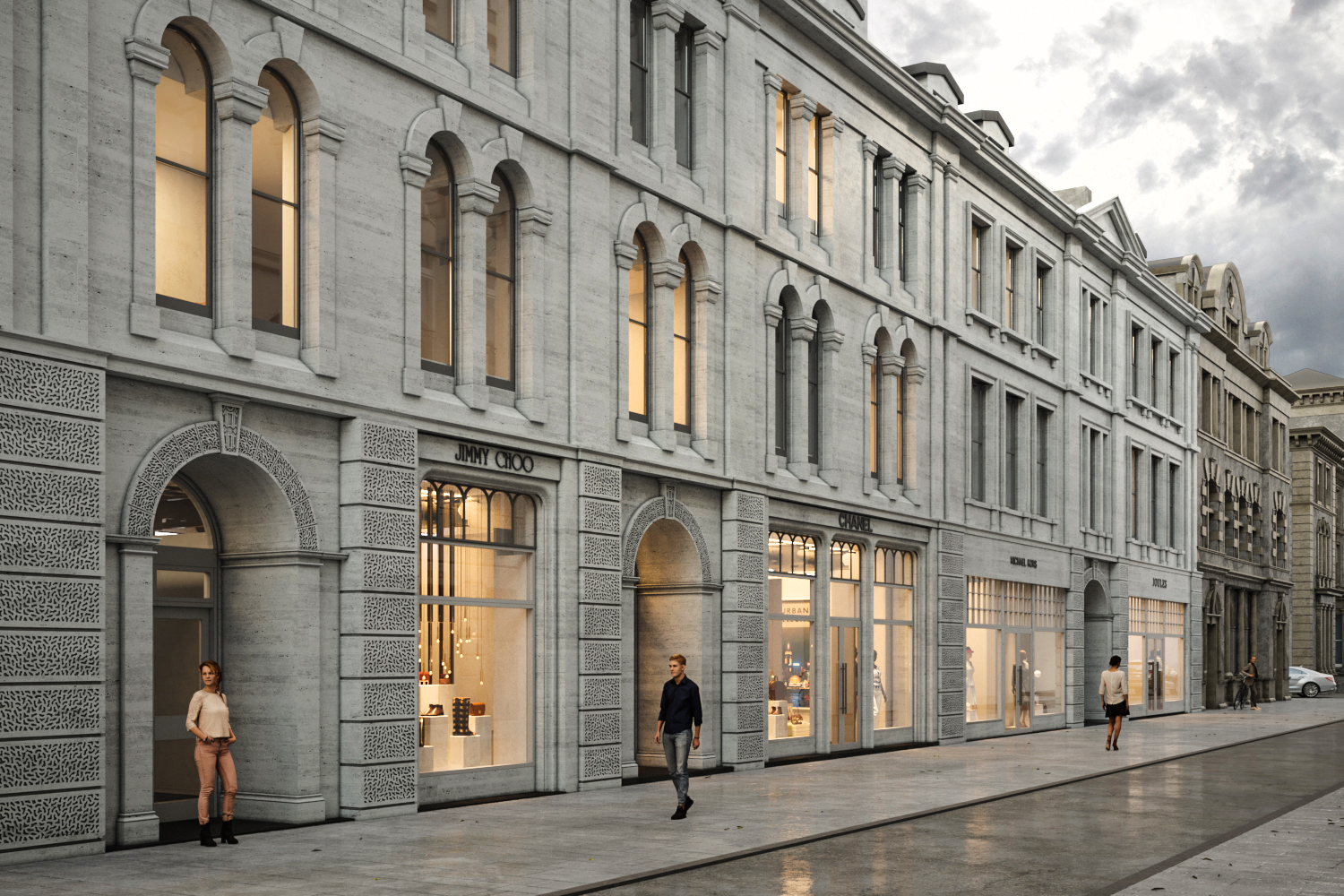 Speaking as work commenced, Swilken Estates’ Stuart Pender commented: “We are excited to finally begin the construction phase of this major development, which is set to provide a huge boost to the city and local economy. After what has been an unprecedented 12 months for the retail sector, we are delighted to be making such a significant investment in Inverness city centre. The building will be at the heart of the regeneration of this and the wider city centre area, including adjacent Academy Street and a revamped entry point to the centre from nearby Inverness rail and bus stations.”

Drew Hendry MP, Member of Parliament for Inverness, Nairn, Badenoch & Strathspey and shadow secretary of state for international trade, commented: “It’s fantastic news for Inverness and the wider region to see this landmark redevelopment project commence. Such significant inward investment in the city centre, securing up to 200 jobs, is extremely welcome, particularly at this time. A project like this which has real architectural merit - restoring a fondly thought of building to its former glory, revitalising Union Street and Baron Taylor’s Street - could be a real catalyst for further regeneration in the city centre area. The creation of a large amount of much-needed, high quality residential accommodation for long term rental is also extremely welcome.”

John MacBean, partner at commercial agent for the project Graham + Sibbald, said: “This is the largest retail redevelopment in the city centre in many years and will offer the flexibility to add something different to the established retail offer. These unique six new units over the ground and basement floors will all be self-contained with their own dedicated access and will be suitable for a variety of uses. The quality of the units will add significantly to the Inverness city centre experience and we look forward to discussing this exciting opportunity with new and existing potential occupiers.”

The project has already received the endorsement of the Crown and City Centre Community Council, which commented: “The Community Council are strongly supportive of the development which will entail the refurbishment of important listed buildings in the street frontage as well as providing modern commercial units and a substantial number of flats which should considerably boost town centre residential density to the benefit of existing businesses. It should also lift the appearance and use of Baron Taylor’s Street.

“The development displays a welcome commitment towards revitalising the city centre which is both welcome and commended.”