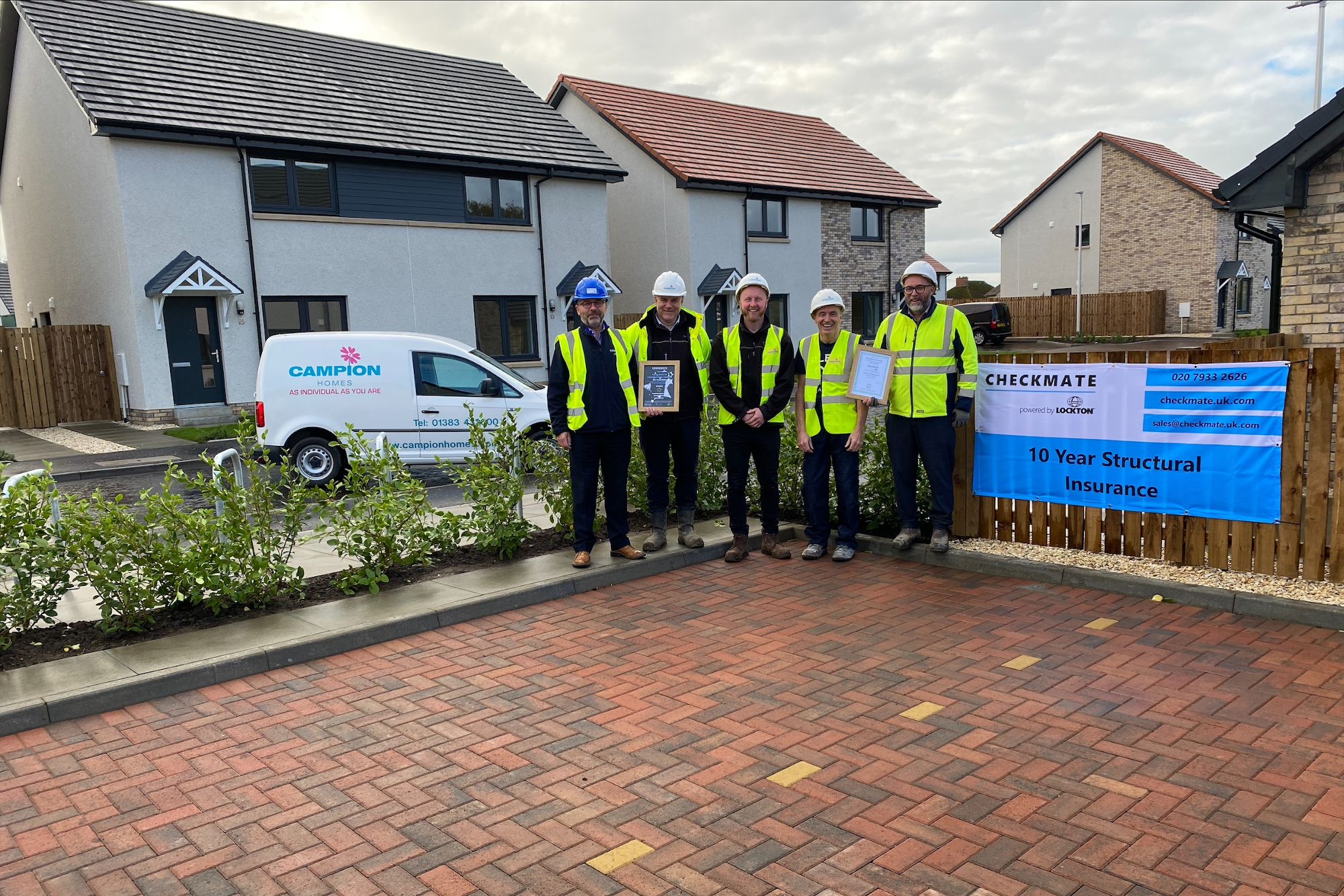 Campion Homes Ltd has been recognised with an award for its recent-completed development of 45 new homes in Auchterderran, Fife.

Checkmate, an insurer providing new home warranty insurance policies across the UK, awarded Campion its “Best Development” award for September 2022 as part of its Excellence in Construction Award scheme.

The Auchterderran development, built for Kingdom Housing Association, consists of 45 energy-efficient new homes on the north-east edge of Auchterderran, which forms part of the wider community of Cardenden. The site is almost fully completed and tenants will be moving in over the next few weeks.

The mix of bungalows, houses and cottage flats will provide residents with energy efficient homes which will meet Housing for Varying Needs standards, the association’s own design standards and Secured by Design accreditation.

All of the properties will also achieve Building Controls Full Bronze with Silver Levels 1 & 2 standard of sustainability through the installation of photovoltaic panels, decentralised mechanical extract ventilation system and increased levels of insulation.

Checkmate’s Excellence in Construction Award scheme aims to recognise and promote high standards of construction and good site management practices across the industry.

Checkmate has been working with Campion Homes on this development from the beginning of construction, giving ongoing support and guidance in meeting the various technical standards required.

As part of its ongoing business sustainability drive and Carbon Neutrality under PAS2060, Checkmate has also planted 10 trees in the name of the site manager, Scott Riach, and have awarded him with a certificate of planting, along with the team’s Checkmate award certificate.