Craighead Properties has lodged revised plans for a residential development on an old industrial site between the Gorbals and Govanhill which it said will provide “a new model of housing” for Glasgow and Scotland. 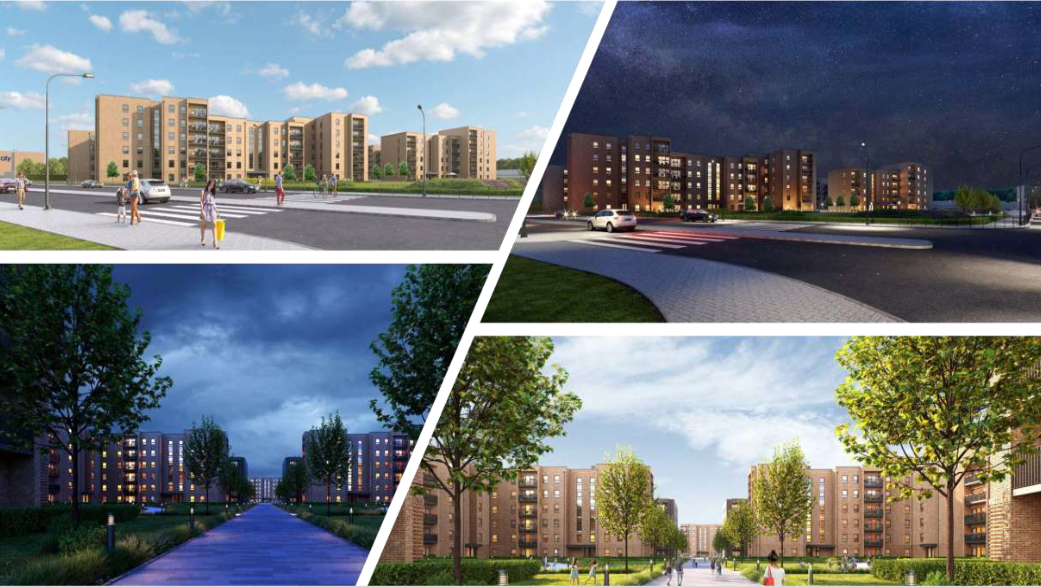 The developer, which already has planning permission for more than 380 homes at the same location, now wants to deliver 356 build to rent flats on the land bounded by Cathcart Road, Caledonia Road, Lawmoor Street, beside the new Gorbals Retail Park.

“Whilst Craighead recognises that it could charge higher rental levels, our long-term mission is to provide the highest quality, large, low carbon accommodation at an affordable rent. We believe this to be a commitment like no other and, as a Glasgow-based developer, Craighead is delighted that its first development is in our home city,” the firm added.

The flats will come fully furnished, with each tenant having the choice of a bespoke furniture package.

Each apartment will extend to around 1,250 sq ft, have two bedrooms and a private balcony. Storage space for two bicycles per flat would be provided and there would be 147 regular car parking spaces.

The design statement adds: “Every house within the development will be fitted with the latest smart technology, including sockets, lighting and heating controls, as well as energy monitoring.

“All of this functionality is controlled within our ground-breaking, in-house-developed ‘My Home’ app. The My Home app will allow tenants to manage their energy budgets, control devices, set schedules and log any maintenance issues.

“The system will monitor energy usage vs budget and send push notifications to the tenants, so that they are aware, in real-time, of any potential overspend on their weekly/monthly energy budget.

“We will also monitor the energy usage from all our homes, to make sure that the tenants are fully conversant on how to use the scheduling and device management tools in order to potentially save money on their energy bills.”

The developer states: “The apartments are designed with long-term occupancy in mind and, indeed, with the simple erection of a timber stud partition within bedroom two, these apartments can be fully converted into a three- bedroomed apartment.

“Craighead is committed to the long-term future of these properties and as such intend to construct, own, let and maintain them.”

The development site extends to an area of 5.1Ha or thereby and has been promoted for residential development for several years. There have been several attempts to develop this site however due to various circumstances no development has taken place.

Previously home to the former Dixons Iron Foundry and laterally a Castle Cash and Carry outlet, the site has lain vacant for over 25 years and is on Glasgow City Council’s vacant and derelict land register.

Subject to planning approval, work would start this summer and be completed by the end of 2023.