Glasgow City Mission has called for hotel rooms to be used to house Scotland’s rough sleepers as the charity began an early phased closure of its Winter Night Shelter. 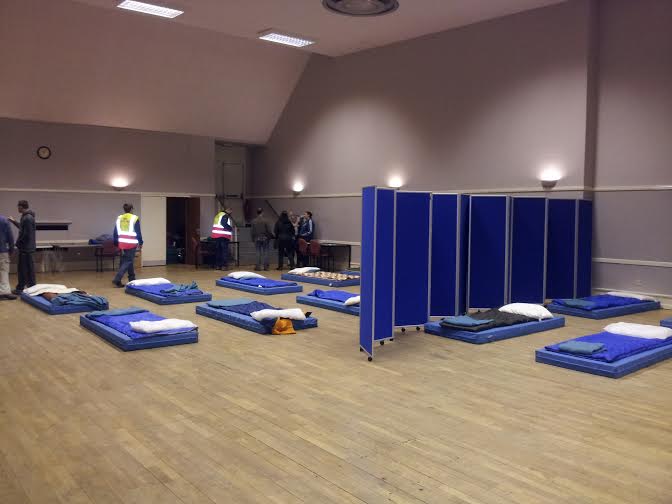 The shelter, which provides urgent accommodation over the winter months to Glasgow’s homeless, was due to close on March 31 but began the process of shutting down this week amid the growing coronavirus crisis, with the venue closing fully on Friday.

The charity said the difficult decision “feels wrong” but it is the right thing for the safety of its guests.

A statement from the charity reads: “It is with a very heavy heart that we announce the phased closure of the Glasgow Winter Night Shelter.

“Following stringent Government advice last night (16 March) about congregating together people we have had to take the incredibly hard decision to close down the night shelter ahead of time.

“We will be phasing down the shelter over the next three nights:

“This closure will be 12 nights earlier than scheduled. We have helped more than 600 people since we opened on 28 November and of these at least 70% have had positive outcomes.

“The early closure will apply more pressure to the Glasgow City Health and Social Care Partnership (HSCP) to ensure those needing accommodation have a roof over their head.

“We will continue to work tirelessly with the HSCP to make this happen and we are advocating for a publicly funded response to housing all vulnerable people through this crisis.

“We plan to continue to open our city centre facility at 20 Crimea Street, G2 8PW from 10am till 10pm Monday to Friday and 4pm till 8pm on Saturday. We will need to adapt the way we work but we plan to be available to minister to all our guests. Wewill be working in smaller teams in line with government guidelines.

Pressing for a solution to deal with the public health emergency, the charity is now calling on Glasgow City Council and the Scottish Government to act urgently to provide hotel accommodation for vulnerable people, allowing them to isolate themselves safely in line with public health guidelines.

Speaking to The Ferret, Charles Maasz, chief executive of the Glasgow City Mission, said: “I think it’s a matter of public health and safety that vulnerable people aren’t obliged to sleep in close quarters.

“We can’t offer people isolation at the shelter and in the lack of any testing, which is only available in hospitals, we don’t know if people who turn up may be infectious but not yet showing symptoms.

“We are therefore playing a game of roulette with people. It’s hard to say this, but the shelter is potentially the least safe option for people.”

Maasz added: “At this time we are restricting travel and hotel occupancy rates will be plummeting so I would imagine there are spaces in hotels that could be used to accommodate people. We need immediate action on providing a suitable solution.”

Glasgow City Council has put plans in place to provide accommodation for homeless people that need to self-isolate.

The local authority has said it is currently identifying unoccupied temporary furnished flats for homeless people needing to self-isolate.

A spokeswoman for the council said: “GCHSCP is busy putting in place contingency plans to reduce risk to vulnerable homeless people, many of whom have underlying health conditions.

“This involves working with a range of stakeholders including Police Scotland and those concerned with housing and health.

“As well as third sector partners like the Simon Community. This is a charity we work closely with, whose Street Team build up relationships with rough sleepers.

“We’re currently identifying temporary furnished flats that would allow people to self-isolate if necessary as well as self- contained spaces within communal accommodation.”

The Scottish Government said it is working closely with local authorities to support all vulnerable groups, including homeless people, and are considering what additional measures are required to address their needs.

A ministerial statement is expected tomorrow.