Conversion work has completed on Kingdom Housing Association’s vacant office building at Natal Place in Cowdenbeath, returning the property to its original residential use. 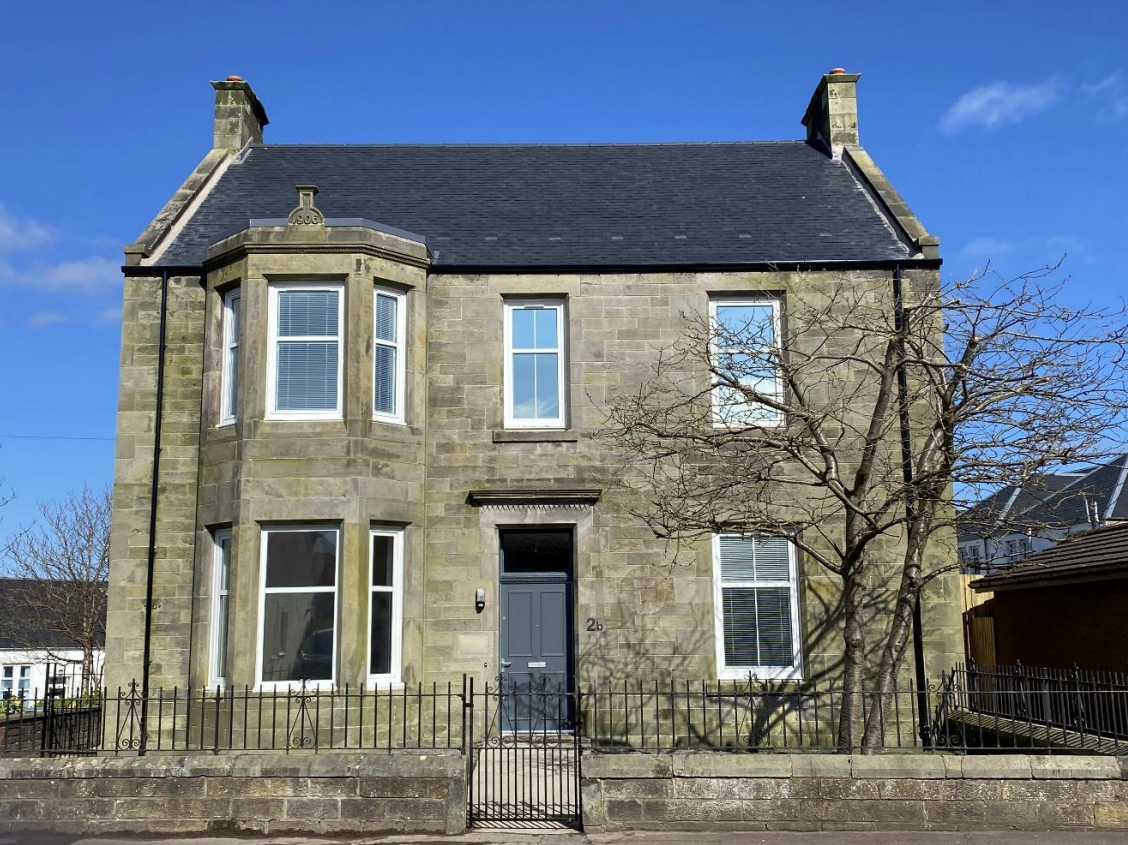 Originally built in 1906, the large two storey sandstone building once served as the Manse for the now demolished West Parish Church in Cowdenbeath. Kingdom bought the property in 1989 and it was home to many teams for 30 years before being vacated in January 2019.

The former offices have now been converted by Campion Homes into two bright, spacious and energy efficient homes for social rent, securing a housing asset for many years to come while providing tenants with a modern home.

The properties will also contribute to the Rapid Rehousing Plans in Fife and provide much needed housing for homeless families through a project which fits with Local Housing Strategy priorities and augments local town centre regeneration objectives.

Bill Banks, Kingdom Group chief executive, said: “This property at Natal Place in Cowdenbeath played a significant part in the development of our housing association. It was Kingdom’s first permanent office building after spending around 5 years working out of a portacabin. The building was our main office for many years until the headquarters in Glenrothes were opened, however Natal Place remained as a branch office for a variety of staff until 2018 /19.

“Although its days as an office have now gone, I was really keen that we didn’t lose it completely and that’s why we decided to convert it back to housing. I’m delighted that it has now been turned back into residential use and will be providing homes for many people for years to come.”

For Kingdom Housing Association, retaining the property and converting it provides added value through the redevelopment of an existing building which will prevent it becoming derelict and sustaining its use for the future.

The project has been designed to comply with Building Regulations, Secured By Design (bronze) standards and Kingdom’s own design guide.

The total project cost is around £494,502 and funding of £157,200 has been provided from the Scottish Government. The conversion works were designed by Sinclair Watt Architects and the conversion undertaken for Kingdom by Campion Homes.