Craigdale Housing Association has decided to mark Scottish Housing Day 2020 by launching its Domestic Abuse Policy and confirming its position as a third-party reporting centre for hate crime. 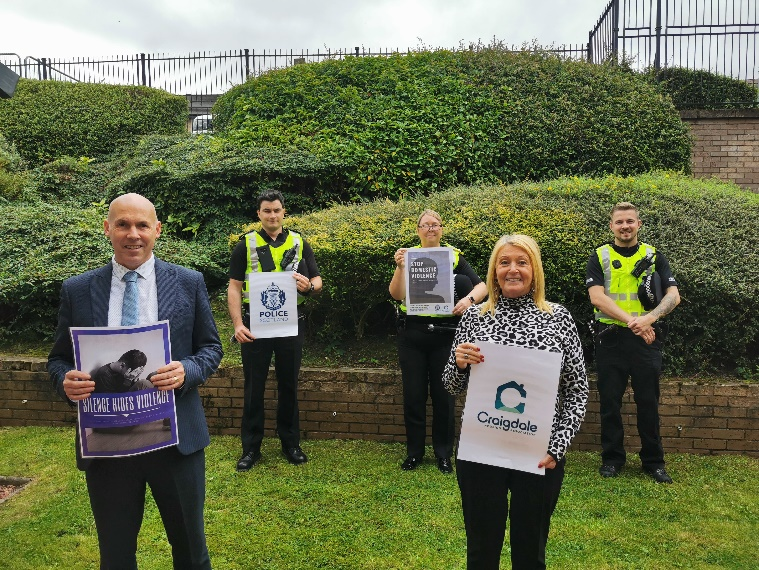 David Mackenzie said: “We are delighted to mark Scottish Housing Day with these announcements as the Craigdale board recognise the key role we can play in supporting the victims of domestic abuse and hate crime. We know that victims of domestic abuse and hate crime need our support, and we are determined to work with the Police to address this issue, particularly during these difficult times.”

Community inspector Gillian Hall added: “Police Scotland fully support the launch of Craigdale’s Domestic Abuse Policy and we are committed to working with Craigdale and other Local Housing Associations in Castlemilk, and beyond to address domestic abuse. The fact that Craigdale also wanted to become a third- party reporting centre during the current pandemic also demonstrates a strong commitment to working together with the Police to address hate crime.”