Homeless Project Scotland has warned that it is having to consider closing its soup kitchen and outreach services after a fine was issued for the charity’s use of a van on a Glasgow city centre street. 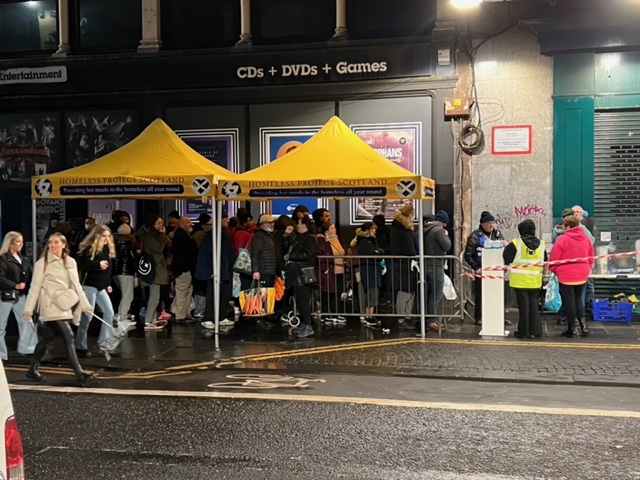 The charity provides support to the city’s rough sleepers and tries to accommodate them off of the streets. Its soup kitchen also feeds upwards of 600 people with more than 1,000 hot meals a week under the ‘Heilanmans Umbrella’ on Argyle Street three nights a week, bringing a lifeline to those who are homeless, vulnerable, children, families, and elderly.

Colin McInnes, chairman of the charity, has told Scottish Housing News that it is having to consider closing its soup kitchen and outreach services, including the lifesaving Naloxone service. if it faces the prospect of “being punished”.

The charity has written to Andrew Beglin, from the council’s Neighbourhoods and Sustainability team, to challenge the decision and ask for the fines to be cancelled and the charity’s vans to be placed on a dispensation list.

Mr McInnes said: “The council have said the charity no longer has got access under the bridge or bus lanes as we need to apply for permission again after being allowed for over a year and a half, this has left us no choice but to consider closing our service until further notice from Glasgow City Council on this matter. We have received a bus lane fine due to having to go down a bus lane to check on a homeless person who was reported as rough sleeping and also possible overdose but we explained this to Glasgow City Council officers and they sent us a reply saying we had to pay the ticket.” 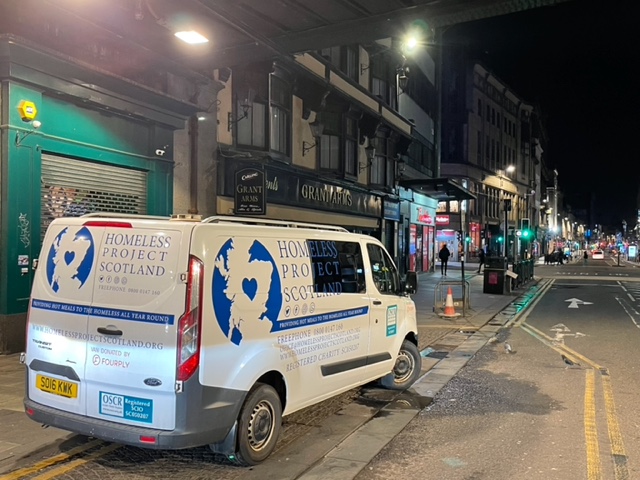 Glasgow City Council said any fines issued at Argyle Street will be cancelled on appeal and the lapsed dispensation reactivated if the relevant information is provided.

A spokesman told Scottish Housing News: “Homeless Project Scotland were granted a dispensation for vehicles to go through the bus gate at Argyle Street to allow access to the Heilanman’s Umbrella.

“This dispensation lapsed in January but will be formally restored if up-to-date vehicle information is provided. If any penalty charge notices have been issued against their vehicles since January in relation to Argyle Street then they should be appealed and we will cancel these fines.

“However, we are aware of only one penalty charge notice that is currently outstanding in relation to vehicles operated by Homeless Project Scotland. This fine relates to travelling through the bus gate at Nelson Mandela Place, where the organisation has no dispensation.”

Homeless Project Scotland is currently looking for larger premises in which it can bring people to have a cup of tea, something to eat and a bit of heat.