An action plan to protect the rights of energy consumers and give them a say in how Scotland moves towards affordable clean energy has been launched by the Scottish Government. 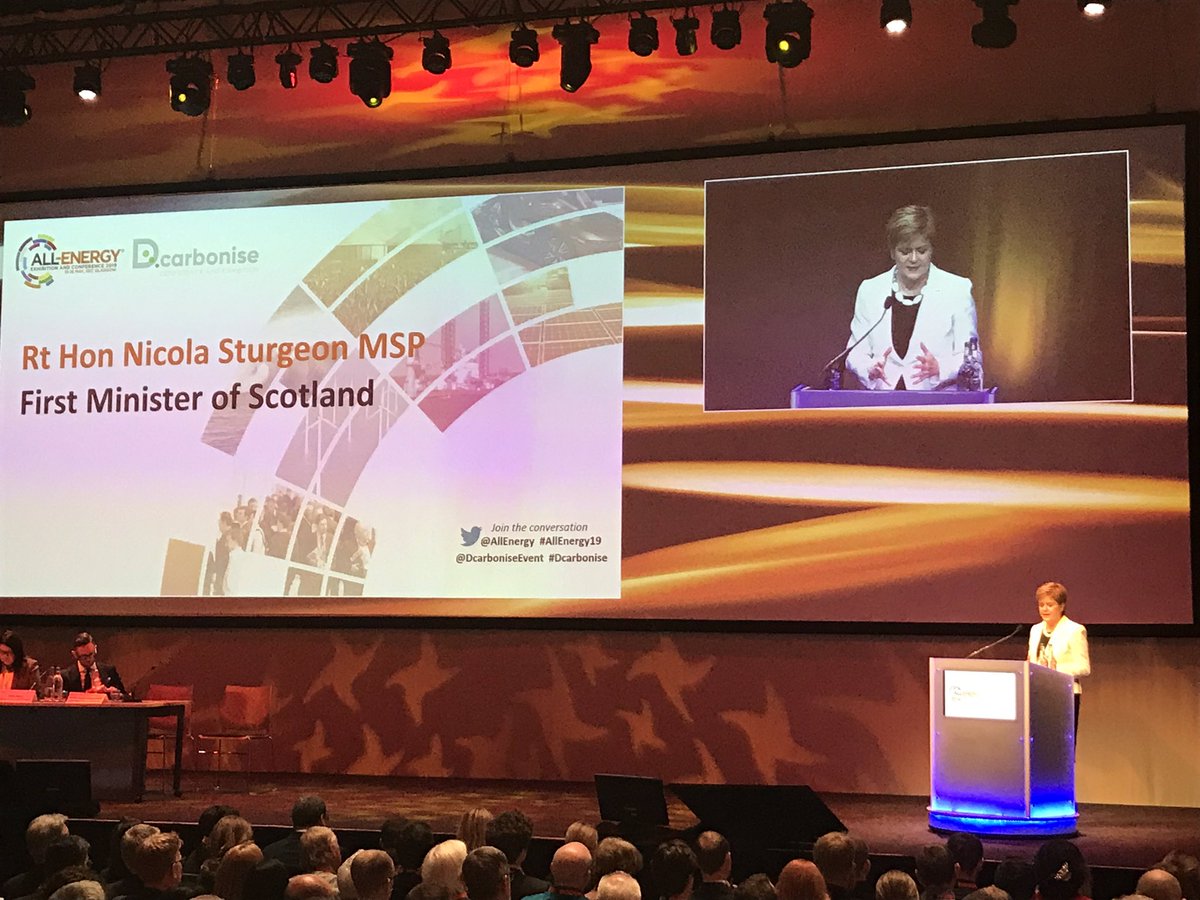 The Energy Consumer Action Plan has been developed in collaboration with an expert advisory group that included consumer groups, academics and the regulator Ofgem.

Speaking at the All Energy Conference in Glasgow today, First Minister Nicola Sturgeon said: “Earlier this month, the UK Committee on Climate Change published its advice on UK emissions.

“The Scottish Government fully accepts the Committee’s advice – we’re the first country in the UK to do so. Scotland has long been recognised as an international climate leader. If Parliament accepts our proposed target to achieve net-zero emissions by 2045, we will have redefined what climate leadership means.

“The Committee on Climate Change was clear in its report that for Scotland to achieve net zero emissions by 2045, the UK Government must play its part. We believe it should set a target of net zero emissions for the UK by 2050 and urgently put in place the policies which will deliver that target.

“As the energy market continues to evolve, we need to ensure that it is more responsive to people’s needs and interests. If we are to influence consumer behaviour in the future we need to build trust – and ensure that the system puts people first.

“That’s why today, the Scottish Government is publishing our Energy Consumer Action Plan. It sets out what we will do to ensure better outcomes for consumers, in our energy market.”

Jamie Stewart, energy policy manager at Citizens Advice Scotland, said: “The action plan puts consumers at the heart of designing Scotland’s energy policy for the future, which is to be welcomed.

“The Citizens Advice network in Scotland deals with hundreds of thousands of cases a year, with fuel poverty a priority issue. We know that rising energy prices continues to be a top concern for Scottish consumers and it is important that people are supported on the ground to engage with the energy market in new ways.

“Some 25% of households in Scotland are in fuel poverty, with the figure rising to 52% for those who rely on electricity as their main source of heating. These figures are far too high and we’re pleased that the Scottish Government have taken on board many of our suggestions for consumer improvements in the Action Plan published today.”