The latest Impact Report from Homeless Network Scotland has highlighted a busy first half of 2021 for the organisation including hosting the sector’s largest gatherings online, expansion of All In For Change – Scotland’s lived experience experts – and consolidation of the Everyone Home Collective, which now includes more than 30 third sector and academic organisations concerned about homelessness. 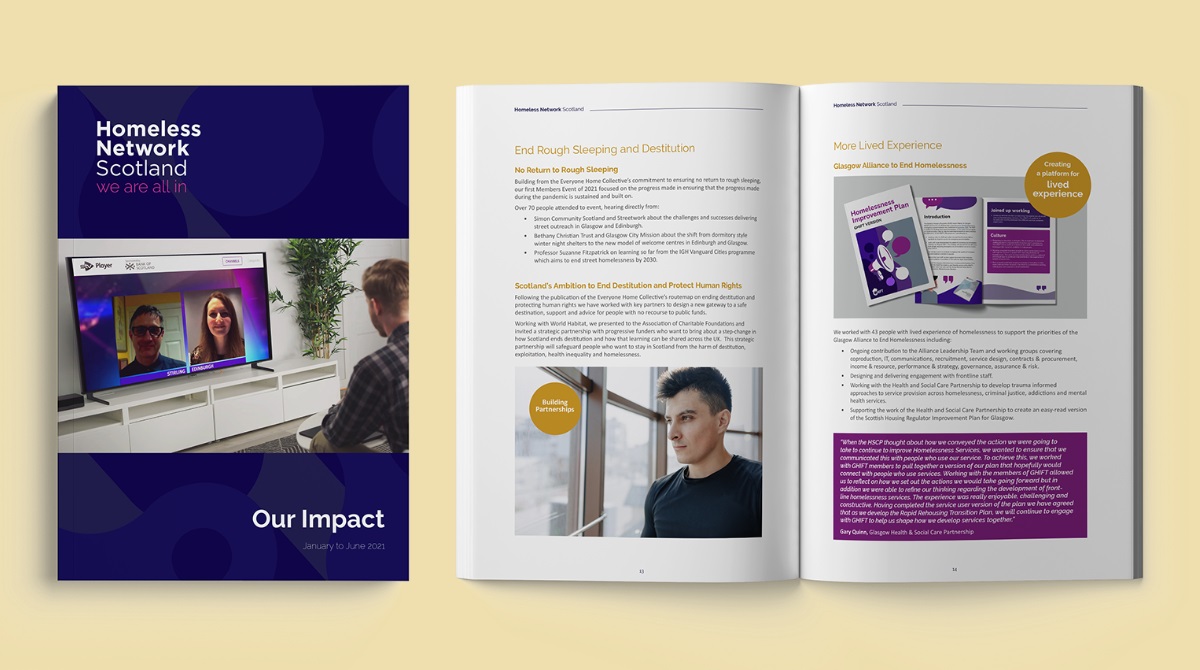 Homeless Network Scotland is a knowledge-based membership organisation. As a network, it creates opportunities to connect, learn and act on homelessness to end it for good.

The organisation’s latest Impact Report sets out its work in the first half of this year. Priority issues in the report include what’s needed to end destitution among people with no recourse to public funds; the future role of supported housing as part of our homelessness response; taking a place-based approach to preventing homelessness and supporting Scotland to scale up Housing First.

Maggie Brünjes, chief executive of Homeless Network Scotland, said: “During the first half of this year it has been our privilege to be a support act for a remarkable sector that has continued to mitigate the impacts of the pandemic on people, including enabling a successful vaccination roll-out programme across services. And to provide a platform for people who can draw on their first-hand experience of homelessness to advise on what works, what really matters and what happens next.”

Important highlights in the first half of the year included:

Homeless Network Scotland has just announced dates for its autumn conference from 5-7 October 2021 based around the theme of choice. The conference will consider what it will take to ensure that people facing homelessness have choice and real options. More details will be available in the coming weeks.

The full Impact report can be viewed on the Homeless Network Scotland website.