Scottish homelessness charities have joined a host of third sector organisations across the country to declare their opposition to the UK Government’s Nationality and Borders Bill. 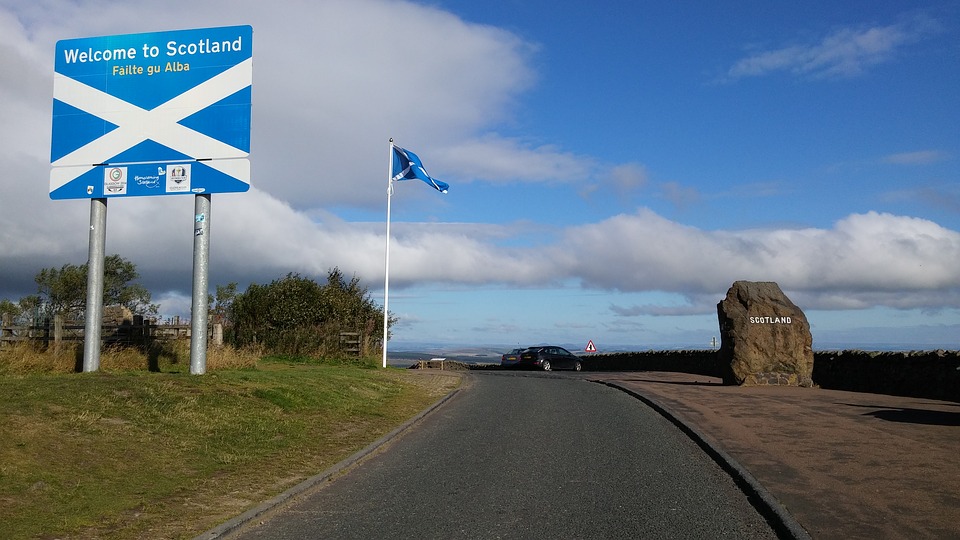 A joint letter issued by Shelter Scotland, Homeless Network Scotland, Simon Community Scotland and Rock Trust among others has branded the legislation as “anti-refugee” and “a gift to abusers and exploiters”.

The Bill seeks to curb English Channel crossings and change how asylum claims are processed.

The letter from the charities follows a move by the Scottish Parliament to refuse consent for the Bill, which MSPs fear would interfere with devolved powers, raises serious concerns over child welfare and could harm efforts to deal with human trafficking.

The joint statement in full:

In Scotland we have a proud history of protest, of raising our voices against the injustices that blight our society and speaking truth to power.

We – the undersigned – are proud to work in a country that values compassion and fairness. Though across our communities and sectors we work to achieve different things, today we are united in our opposition to the UK Government’s Nationality and Borders Bill.

We name the Nationality and Borders Bill for what it is: an anti-survivor law, an anti-refugee law, an anti-safety law. It is a gift to abusers and exploiters, and we have no doubt that it will harm survivors of sexual violence, gender-based violence and those who flee persecution. It will harm children and young people, increasingly the victims of forced displacement and exploitation in the world. It will harm all of us and our values.

This anti-survivor law betrays what has gone before.

The UK with many other states said never again. We resolved after the horrors of the Holocaust to establish an international legal system to protect the displaced, the persecuted, the refugees who need safety and to rebuild their lives. That is why we have a Refugee Convention. It is for survivors. It has protected millions of the most vulnerable in our world over generations, and that is something we should be proud of.

Millions of people across generations in the UK have campaigned for the rights of refugees and women and girls, children and survivors of human trafficking and exploitation. Courageous people formed movements to defend human rights and dignity. This Bill endangers all that movements and Governments have achieved for refugees and survivors of trafficking and exploitation.

To sever our links from the international community and from the Refugee Convention is an act of harm, not only to ourselves and to the very fabric of our values, but left as it is, we can be in no doubt that this Bill will kill and leave people to suffer.

In the creation of this Bill and the decision to wilfully omit safe routes for any person, including women and children fleeing gender-based violence, the UK Government lose any credibility in their claim that responding to violence against women and girls is a priority. Assertions that the UK Government is a “world leader” against trafficking and exploitation are empty. Any grand words about ending sexual violence or female genital mutilation (FGM), commercial sexual exploitation or forced marriage are just that, words. Words will not protect those who are in a position of extreme vulnerability – we need action.

We need action to withdraw a Bill that, if passed, will criminalise survivors on arrival and trap people who have fled atrocities in severe poverty and isolated accommodation holding centres. We need action to withdraw a Bill that demands that survivors disclose the abuse and violence they have been subject to – to strangers, in a new and unfamiliar environment, within a short deadline – or risk their personal ‘credibility’ in the eyes of a hostile UK state. We need action to stop children being subjected to an invasive Home Office age assessment regime that violates their identity and bodily integrity. We must act to make sure that children are not wrongly subject to increasingly unsafe adult systems and left to fend for themselves. This Bill is an assault on everything we know about trauma and trauma informed practice.

Far from protection, this Bill is punishment. We must act – in Scotland – to use the powers we have to object in the strongest possible terms, to push back and stand with our fellow human beings through practical action, and to say loudly and clearly: not in our name.

Scotland can do something.

Standing by is not an option. In Scotland we can do something.

In signing our names, we – as representatives from across the Third Sector in Scotland – stand together and oppose this Bill, and ask Members of the Scottish Parliament, and those we entrust to protect our rights:

To add your name and organisation please email brenna.jessie@rapecrisisscotland.org.uk