Households in Scotland increased by 160,000 in last decade

Scotland has seen an increase of around 160,000 households across cities, towns and countryside in comparison with a decade ago.

The increase can be attributed to the number of people living alone and the overall population growth among the older generation.

Edinburgh has witnessed the largest increase according to the National Records of Scotland, while Orkney recorded a 13.6 per cent rise in households during the decade – the highest rate in the country.

The Scottish Highlands and Islands have recorded some of the biggest proportionate rises in household numbers as the islands have experienced increased net migration in recent years due to quality of life and employment opportunities.

“A number of factors contribute to this and help explain why our population – and the number of households – are rising. We have a wonderful environment, high levels of employment, a low crime rate – and even our rainfall is below the Scottish average.

“The people who live here combine a strong and traditional sense of community with a forward-thinking, selfreliant, ambitious, can-do attitude that makes this a very special place to live and work.”

The number of households in Orkney is projected to grow by 17 per cent in the 25 years to 2037, a report by Audit Scotland found in 2014, with around a quarter of householders being over 75 by that time.

This projected increase could cause ‘major challenges’ for Orkney when planning future services and maintaining communities are examined.

The Highlands also witnessed a significant growth in household numbers, with 12,042 more homes created between 2005 and 2015 – and increase of 12.7 per cent.

Inverness, the Inner Moray Firth, Badenoch and Strathspey and the Isle of Skye have seen the largest growth, a spokeswoman for Highland Council said.

He said: “We have benefited from a more diverse economy with strong performance in the energy sector – renewables and until recently oil and gas, tourism and the construction sector which has been supported by public investment with major projects like new schools across the Highlands and the Inverness campus.

“This will continue with investment in projects like the A9 dualling and the ongoing roll-out of superfast broadband.”

Aberdeenshire had the third highest rate of household growth over the decade at 12.5 per cent, with the rise largely due to the oil and gas boom but also driven by the availability of land.

The market town of Inverurie has witnesses the largest growth, with more than 1,100 homes built over the past decade, with Portlethen, Peterhead and Westhill also significantly expanding.

Edinburgh has seen the largest increase of 8.6 per cent, with Dundee being the only council area in Scotland where the number of households fell between 2014 and 2015. 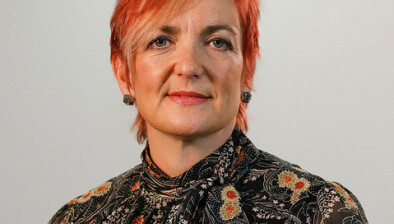