Housing minister Kevin Stewart has written to secretary of state for work and pensions Thérèse Coffey to urge her to reconsider the decision to freeze Local Housing Allowance (LHA) rates for the coming financial year. 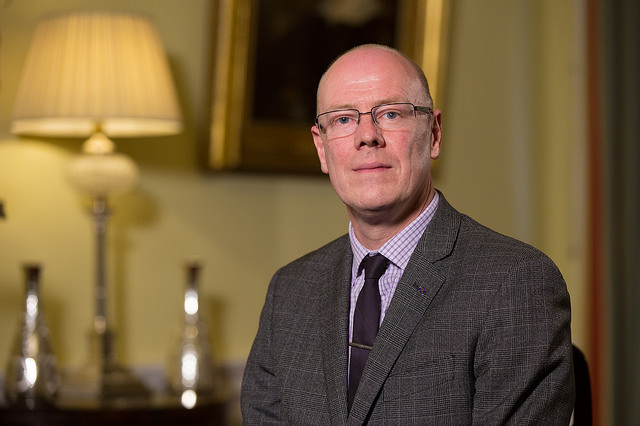 The Scottish Government said the decision on LHA rates, which is reserved to the UK Government, will result in housing benefit rates for tenants in the private sector reducing in real terms. Its own analysis has shown that successive years of real-term cuts to LHA have meant families living in some parts of Scotland are only able to access 5% of the housing market.

The full text of the letter follows:

I am writing in response to your recent announcement that you plan to freeze Local Housing Allowance (LHA) rates from the next financial year and to urge you to reconsider.

As you’ll be aware, Scottish Ministers welcomed the UK Government’s announcement that in response to the pandemic LHA rates would be restored to the 30th percentile. Furthermore we were pleased to read in your evidence to the Select Committee on Economic Affairs on the economics of universal credit on Tuesday 2 June 2020 that “the local housing allowance has been put in as a permanent uplift.”

I can only express my disappointment then that in your Social Security Benefit and Pension Up-rating 2021/22 Statement made on 25 November 2020 it says “Separate to the uprating review, I can confirm that the increase to Local Housing Allowance rates in April this year will be maintained in cash terms in 2021/22. The assumption in the forecast is that rates will remain at these levels in future years, subject to the Secretary of State reviewing annually in the usual way.”

As you will be aware, far from being a “permanent uplift”, a cash freeze to LHA rates is in fact a cut in real terms. Scottish Government analysis published at the beginning of this year showed that successive years of cutting LHA rates in this way had resulted in only 11 out of 90 LHA rates in Scotland being set at the level allowing families to rent a home in the 30th percentile, with some areas having access to less than 5% of the market. The impact of this was to create a postcode lottery effect across Scotland, making the private rented sector unaffordable for some families.

The report also cited evidence that showed restoring Local Housing Allowance rates to the 30th percentile not only has positive impact on homelessness and poverty, but would see wider economic benefits too.

We know that there are examples where the restoration of LHA rates has facilitated moves out of temporary accommodation and into settled accommodation in the private sector. Surely at a time when both of our governments are working to tackle homelessness we ought to sustain this progress rather than cut the support available and risk putting back progress in this area?

So for all of the above reasons I urge you to reconsider this real terms cut and instead take steps to retain the link to the 30th percentile. In so doing you will offer some support and stability at a time of crisis for many vulnerable people across the country.