More than 280 homes across three developments approved in East Lothian 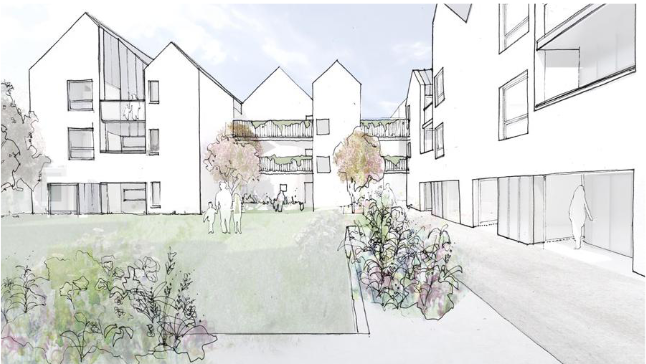 Designs for the East Lothian Housing Association by Studio LBA

The application, which is on the former garden ground at the St Andrews Centre on Bayswell Road, was called off the Scheme of Delegation List by planning convener Norman Hampshire due to concerns about vehicular access to and from the site, the potential impact of waste storage at the entrance to the site and the loss of trees in the conservation area.

Committee members heard that traffic calming measures would be included to slow traffic entering or leaving the site and that the applicant had changed the location of the waste storage.

While councillors unanimously approved the application, separate discussions will be held with the applicant to hopefully agree to tree planting outwith the site to compensate for the loss of trees on the development.

All of the 149 houses to be erected within the site will be private houses for sale and will include 90 terraced and semi-detached and 59 detached houses ranging from two to four bedrooms. The site also includes internal access roads, footpaths, garages, parking areas, landscaping and an area of open space. Affordable housing will be accommodated on other parts of the wider site.

Planning permission in principle was already in place, and councillors granted full planning permission, in line with the officer’s recommendation. The houses will be 64 detached, 12 semi-detached and 23 terraced, all two storey and all for private sale. Again, affordable housing will be accommodated on other parts of the wider site.