The ‘Housing First’ Pathfinder programme transformed the way some of the most vulnerable people experiencing homelessness are supported across Scotland, a new independent report has found.

Housing First targets homeless people with complex support needs, a group who are typically poorly served by mainstream homelessness services and who are often homeless for long periods of time. Housing First provides them with a safe home of their own, along with intensive tailored support for as long as it is needed.

The ‘Housing First Pathfinder Programme’ set out to scale up Housing First delivery across Aberdeen City, Aberdeenshire, Dundee, Edinburgh, Glasgow and Stirling. It housed and supported 579 people in total.

Homelessness charity, Social Bite, catalysed the programme by securing pledges from housing providers to make one-bedroom flats available for rough sleepers with complex support needs. Social Bite was able to commit over £2m towards the programme through mass participation fundraising events like Sleep in the Park, with an additional £5.5m investment from the Scottish Government and a further £150k provided by Merchants House of Glasgow.

A new report evaluating the programme by Professor Sarah Johnsen and Dr Janice Blenkinsopp from Heriot-Watt University, together with Matt Rayment from ICF, has outlined a range of findings highlighting the benefits of Housing First, along with the challenges encountered by agencies delivering it.

It showed that the Pathfinder was very effective at preventing repeat homelessness. Tenancy sustainment rates stood at 88% over 12 months while there was also positive feedback from participants regarding support with health and substance misuse, with many reporting that the programme had ‘transformed’ their lives.

The value of Housing First in enabling a sustained escape from harms associated with rough sleeping and homeless hostels was also emphasised, as were the opportunities afforded by having a stable home to do ‘normal’ things which restore dignity and foster recovery.

The support provided to tenants as they set up their homes and negotiated systems associated with welfare benefits and healthcare access were especially appreciated. Virtually all participants who benefited from the programme emphasised the extremely positive effect that Housing First had on their quality of life overall and that they would recommend it.

The report states that while strong political backing has helped the facilitation of Housing First to this point, a number of challenges were encountered. The lessons learned as support providers worked to overcome these challenges will be invaluable as Housing First continues to be scaled up across Scotland. There is a national policy ambition for it to become the default response for homeless people with complex needs. Government figures indicate that there are now an estimated 1,333 Housing First tenancies across Scotland in total. 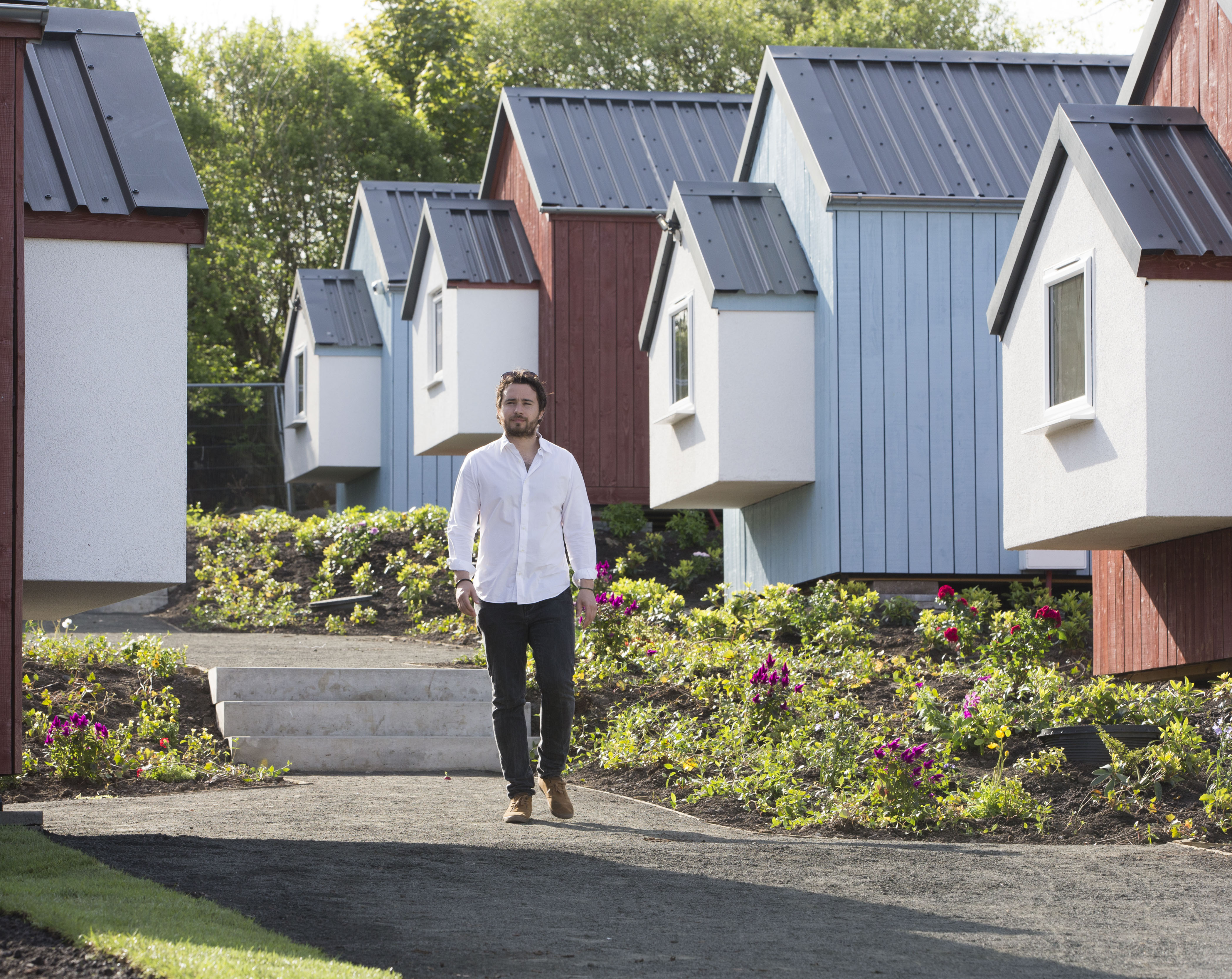 Josh Littlejohn MBE, founder and executive director of Social Bite, said: “At Social Bite, we’re firm believers that everyone in Scotland should have a safe place to call home as it’s not just a basic human right, but is essential to create a society where everyone truly has the opportunity to reach their full potential.

“Funds raised through our Sleep in the Park events, and generous Scottish Government support, made this transformative programme possible; the thousands of people who took part should feel proud of the historic and systemic change they have been part of.

“The Pathfinder report further underlines the untold benefits of scaling up this approach right across the country to help transform lives and communities. Housing First helps drive up tenancy sustainment, improve people’s mental health and has huge cost savings for local authorities so I’m delighted to see so many positive findings included in this new report.”

Professor Sarah Johnsen from the Institute for Social Policy, Housing, Equalities Research (I-SPHERE) at Heriot-Watt University, led the evaluation report. She said: “The Pathfinder evaluation showed that delivering Housing First at scale may well be difficult, but it’s achievable and very definitely worthwhile given the immense benefits for individuals supported.

“Scotland has been seen as an international pioneer in Housing First given the level of political support its received and pace at which it’s been scaled up. We must hope that this commitment is maintained given the pivotal role it can play in ending homelessness and promoting recovery for people experiencing multiple disadvantage.”

Housing secretary Shona Robison said: “The Scottish Government provided funding of over £5.5 million for the Housing First pathfinder programme, which saw 579 people with difficult experiences of homelessness get keys for a new home. We are delighted to see that almost all tenants interviewed said they would recommend Housing First, with many saying that the programme had transformed their lives.

“We are continuing to work closely with our local government and third sector partners to end homelessness and rough sleeping in Scotland.”

Ruth Whatling, head of policy and equality at Homeless Network Scotland, said: ”This report marks the culmination of the hard work of those who drove local Housing First pathfinders in their many different roles. And it marks the strengths and successes of people now building and living their lives in their own home.”

“The comprehensiveness of this research led by Prof Sarah Johnsen from Heriot-Watt University provides clear direction on how we should now branch out Housing First across Scotland. Sharing learning will be key to ensuring Housing First continues to be delivered in a way that reaps such significant benefits for individuals and communities as well as the wider public sector.”