Life expectancy in Scotland has increased over the past three decades but has stalled in recent years, according to a new report. 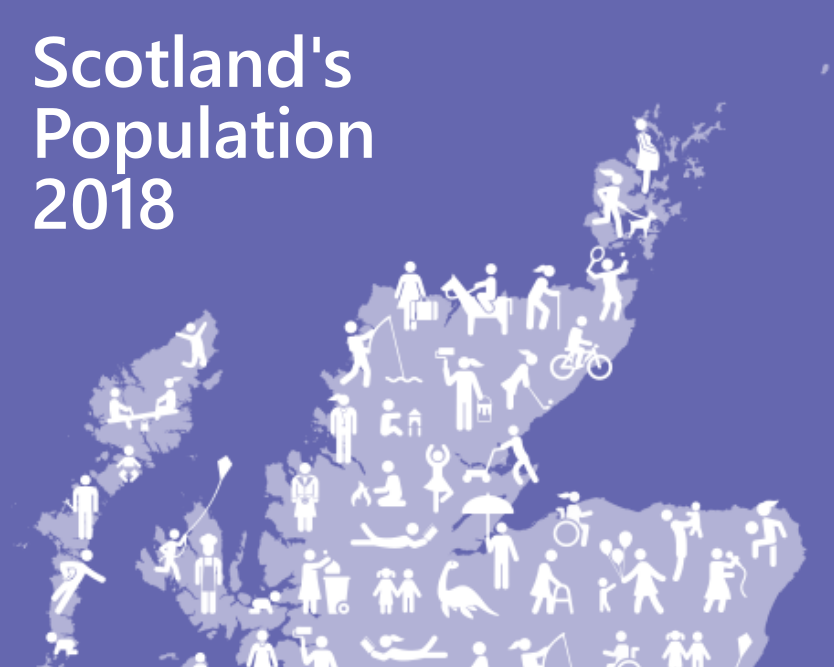 Figures published from the National Records of Scotland show that Scotland’s population is ageing, dementia is the most common cause of death among women and more older people are living alone.

Scotland’s Population 2018 - The Registrar General’s Annual Review of Demographic Trends is a compendium of statistics published throughout the year which paint a picture of modern Scotland. The Review has been published each year since 1855.

Key trends identified in this year’s review include:

“This year’s review shows that there have been changes in Scotland’s life expectancy and mortality trends. Life expectancy in Scotland has been increasing over the long term, but recent estimates indicate that it has stopped improving. The largest causes of the stall in life expectancy are the slowing of improvements seen in the reduction of deaths from heart disease and increases in drug related deaths.”

The national charity for older people Age Scotland said that it is vital that Scotland is fit for the future with more investment in health and social care as well as better supporting older workers.

Age Scotland’s chief executive Brian Sloan said: “Scotland’s ageing population presents many challenges but also opportunities. We already know that Scotland is ageing faster than the rest of the UK and the trend is that we will continue to get older as a country.

“We need to ensure that Scotland is fit for the future. This includes ensuring that our precious health and social care services are properly resourced and are planning on how best to support more older people. We already know that social care in Scotland faces immense pressure in terms of funding and staffing, so it is vital that this is properly invested in and extensive recruitment is undertaken.

“Over the next two decades, there will be 50% more people living with dementia in Scotland. It is already the most common cause of death among women here and a child born today could have a 1 in 3 chance of developing dementia in later life. It is therefore absolutely vital that Scotland gets it right in terms of how to best support and care for those affected. Prevention and education about dementia is also key to helping people become more aware about how to reduce the risk of developing it and living well if they are affected.

“With the growing number of older people living alone is it critical that we support people to live well and safely in their own home, that they have enough income and that they are well connected to people, services and their community.

“People are working longer both because they want to and that financially, they need to. Employers need to become much more age-inclusive, support older workers better and embrace their huge wealth of experience. This would help reduce the £360 million skills shortage in Scotland and would benefit the economy, business and the workforce.”