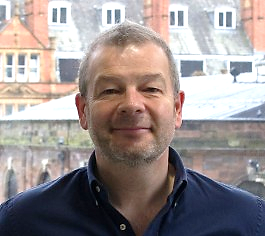 Edinburgh-headquartered residential development and urban regeneration specialist Sigma Capital Group has announced that its wholly-owned subsidiary has secured a further £200 million funding boost to invest in new-build homes for the private rented sector.

The facilities were negotiated by the company’s investment adviser, Sigma PRS Management, and bring the total gross balance of deployable funds available to the firm to £900m.

The news comes weeks after Sigma announced that it was moving into the private rented sector with the launch of a dedicated £43m fund.

The Sigma Scottish PRS Fund will have initial resources of £43m, with £30m provided by the Scottish Government’s Building Scotland Fund in the form of a revolving credit facility and the balance provided by Sigma.

The firm claimed the fund would be the “first dedicated vehicle to focus on the creation of new rental homes for families in the private rented sector in Scotland”.

Appraisals of a number of sites are currently underway, it added.

Chief executive Graham Barnet said: “Our approach to housing deliver y has been working extremely well in England, delivering thousands of new houses for the private rental market. We see significant demand for our high-quality, professionally managed homes in Scotland.”