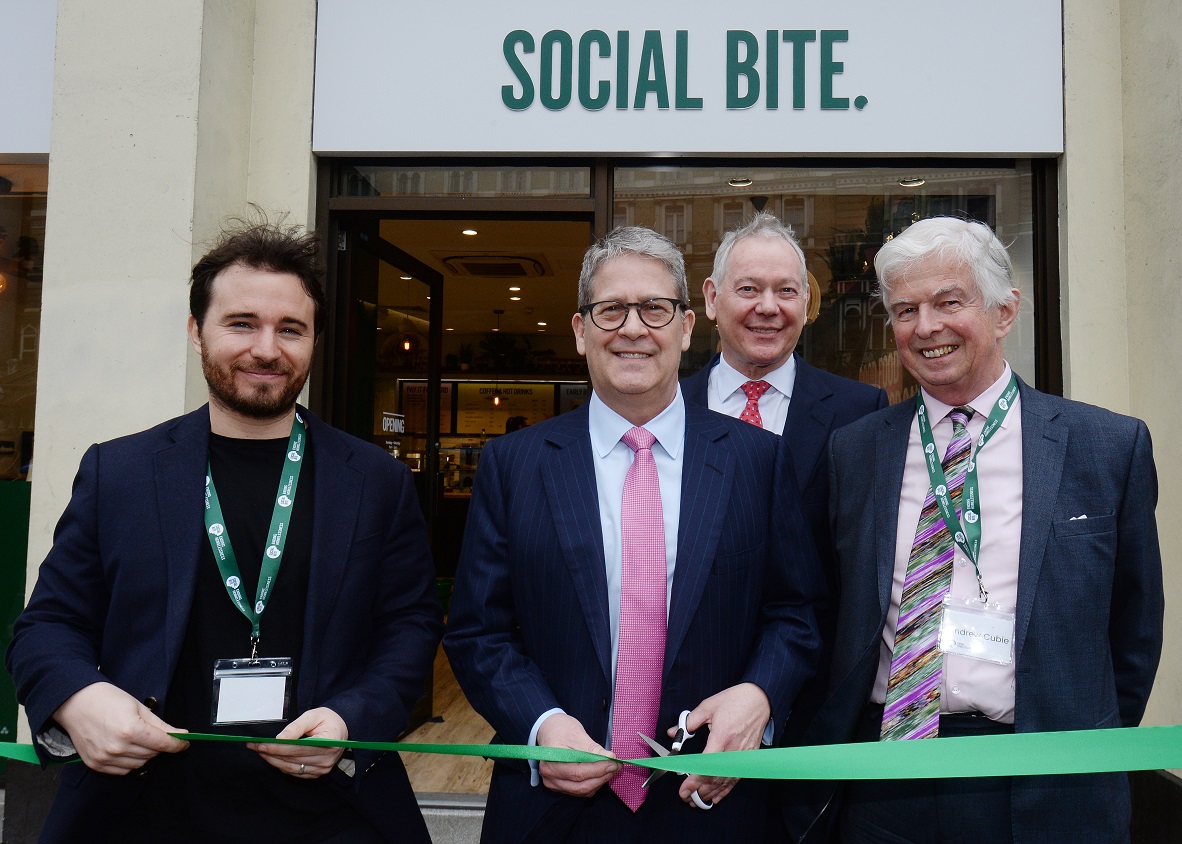 It will operate a rewarding ‘Pay-It-Forward’ system whereby customers who come in to buy a coffee or a sandwich can buy an additional meal or hot drink in advance for someone who is homeless to redeem later.

The new opening will become Social Bite’s first site outside of Scotland, and marks the momentous growth of the charity’s positive impact. The coffee shop will employ people from the homeless community to work there full-time. The charity aims for 1 in 4 of their staff to come from a background of homelessness.

Like all of its sites across Scotland, this coffee shop will provide free food to people who are homeless. Social Bite provides an average of 180,000 items of free food and hot drinks year-round across its network of coffee shops and charity partners. They have provided more than 800,000 food packs during the pandemic alone. 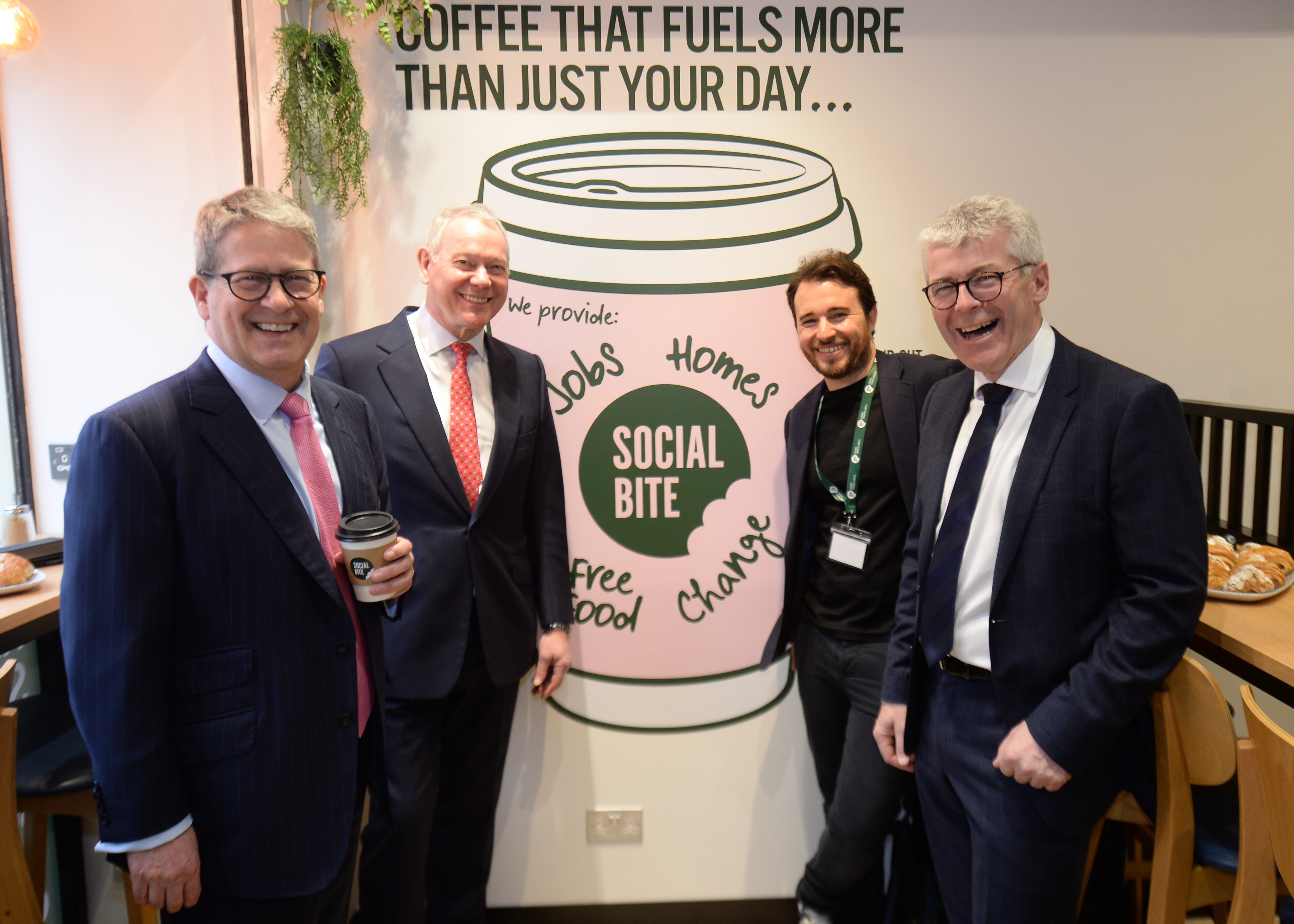 The new shop will be a permanent fixture located within the hustle and bustle of the Strand near Covent Garden. The Borough of Westminster, specifically the Strand, is the ‘epicentre’ of homelessness in the UK, with an exceptionally high number of rough sleepers. Westminster has the highest rates of rough sleepers in the whole of England, and almost six times higher than any other London borough.

Social Bite shot to global fame when the Edinburgh café was visited by Hollywood superstars Leonardo DiCaprio and George Clooney. Other famous visitors to the café include The Duchess of Cambridge, Prince Harry & Meghan Markle, and Nobel laureate Malala Yousafzai.

Josh Littlejohn, founder of Social Bite, said: “We are delighted to be able to launch a new coffee shop in central London. It’s such an incredible milestone for us all here at Social Bite. There are many great charities already working in London, but we truly believe that our social impact program is life-changing and provides something unique, having helped the lives of thousands we are excited to bring this change to the streets of London”. 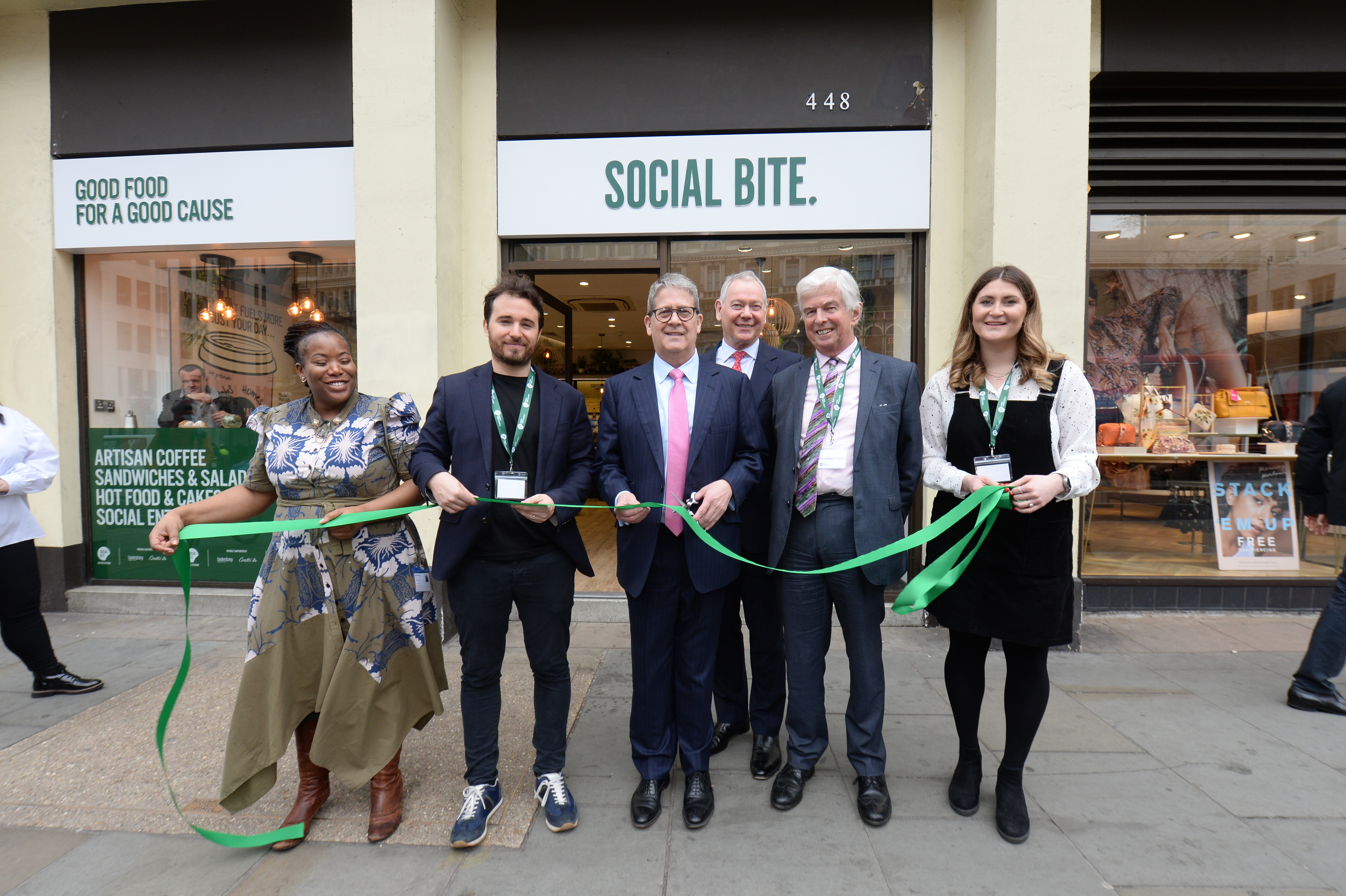 Social Bite was founded by Josh Littlejohn and Alice Thompson in 2012, after a young homeless man came into its Edinburgh café and asked for a job. Since then, Social Bite has been committed to tackling homelessness via innovative programmes including training, employment, and housing; having pioneered the Scottish Government’s adoption of Housing First. It now has five fully functional coffee shops in three cities in Scotland, each employing people who have experienced homelessness.

Alongside the Strand London opening, 2022 is set to be an exciting year for Social Bite. Glasgow will be the location of a new city centre coffee shop, and there are plans in place to launch another Social Bite Village, following the success of the Social Bite Village in Edinburgh which opened in May 2018.

Sir Andrew Cubie, executive chair of Social Bite, added: “My first involvement with homelessness issues was as Chair of the Shelter Housing Aid Centre in Edinburgh some 50 years ago, fast forward and it remains one of our deepest societal issues; with its core rooted in poverty and trauma.

“However, the work I have witnessed Social Bite do, previously from a distance and more recently at close proximity, has provided a renewed hope for positive change in our communities. This launch into London on Social Bite’s tenth anniversary marks the continued commitment and passion for positive change and an end to homelessness through pioneering programmes”.