Demolition day arrived for a number of properties on Meiklefield Road in Dingwall to make way for the development of 14 new homes. 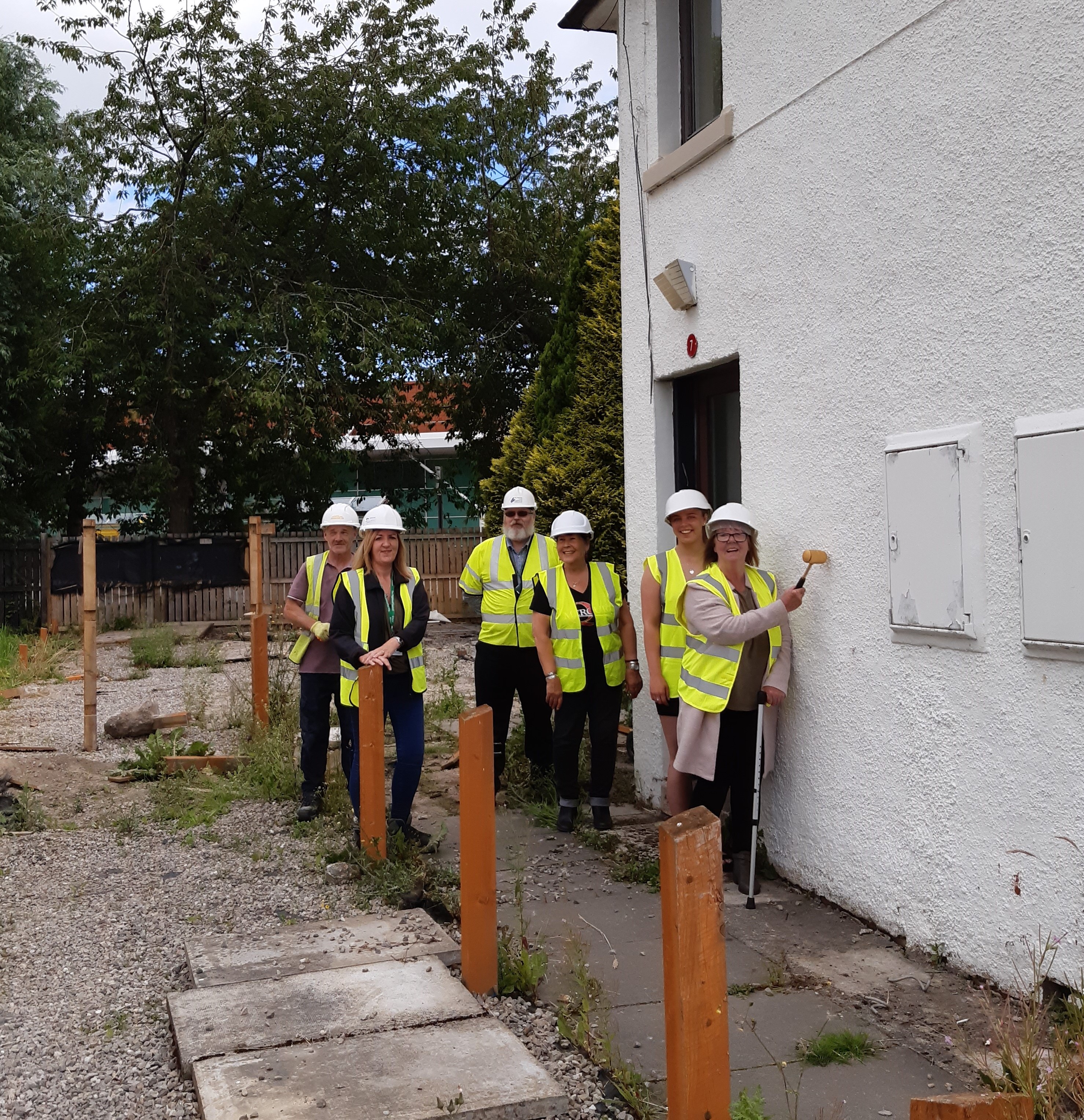 Central Demolition has set up on site and is carrying out pre-demolition works to odd numbered properties from 1 to 23.

The project team are delighted to take a step forward to creating modern, accessible, energy efficient and affordable housing in the area.

Making a special appearance on site to strike the first blow was Janet MacLean, who has lived in the flats since 1977. She is looking forward to moving back into one of the new homes when they are completed.

Janet said: “I have nice neighbours at Fingal Road, but I have lived in Meiklefield Road for over 43 years and I can’t wait to move back as that is where my heart belongs. I am so happy to get the opportunity to move into the new flat which will be modern and easier to look after.”

Councillor Paterson said: “It is an end of an era, there was always a warm welcome in Meiklefield. The people lived, loved and laughed here and will do again soon.”

The demolition work is estimated to take 12 weeks, and the contractor has pledged to do all they can to minimise disruption in the area.