University of Glasgow housing student Evie Copland has received a prestigious award after wowing industry judges with her work on housing law and policy. 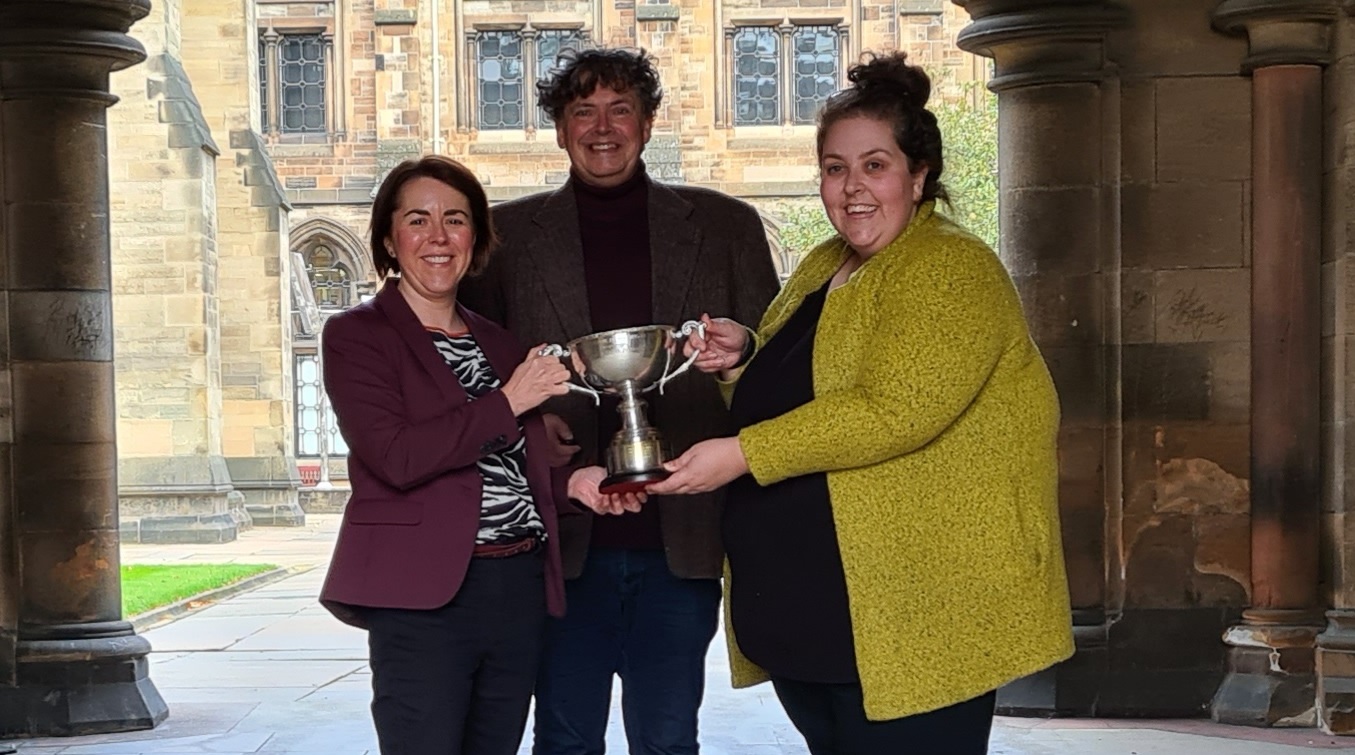 (from left) Laura Fordyce, engagement manager at CIH Scotland, Dr Craig Gurney from the University of Glasgow and Evie Copland

Ms Copland who is studying an MSc in housing studies, was awarded the Malcolm Smith Memorial Award by the Chartered Institute of Housing (CIH). The accolade, judged anonymously, is given for the best piece of work, with a focus on housing law and policy, during the last academic year by a student in Scotland.

Evie, a board member at CIH Scotland, is currently employed as a regulation analyst at the Scottish Housing Regulator (SHR) and said: “I chose to write about how and why the role of social housing has changed over the last 100 years. A century after the Addison Act it seemed right to reflect on whether the original aims and intentions for public housing are still realised in our housing policy today.

“Having worked for a social landlord for almost ten years before my recent move to the Scottish Housing Regulator I was lucky to be involved in a lot of work that has changed lives where I live and wanted to reflect on how much this has been driven by national policy or local leadership.

“It was an absolute delight to firstly be entered into the competition but an amazing surprise to have won. I would recommend to all housing professionals to invest in themselves and their professional development. Whether it is through CIH membership, qualification and using thew new professional standards. Taking charge of your own career is a great way to ensure you can play your role improving housing in Scotland.”

Dr Craig Gurney, programme director for the Postgraduate Diploma/MSc Housing Studies Programme and lecturer in Housing Studies at the School of Social & Political Sciences (Urban Studies) University of Glasgow, added: “We are really proud of Evie bringing the trophy back to Glasgow. Her award is testimony to her hard work and quality of her writing.

“The Malcolm Smith prize is highly sought after by our students and one of the leading academic prizes for housing studies in the UK and I have no doubt that Evie will go onto have an incredibly successful career in the sector, as many previous winners from Glasgow have done.”

Evie will receive a £100 cash award alongside the coveted trophy.

Read a Q&A with Evie Copland on the CIH website.