Clackmannanshire Council has agreed to bridge a funding gap for the development of new dementia-friendly housing in Alloa but the project has been delayed due to a lack of materials. 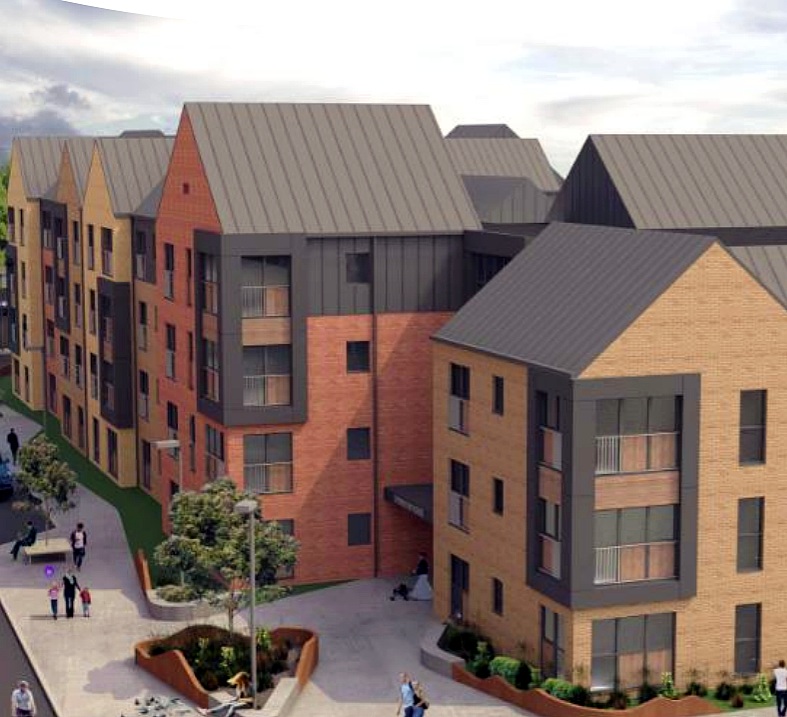 The 60-unit development at Primrose Street was originally due to be completed in March next year but council officers signalled a three-month delay, the Alloa Advertiser has reported.

Being developed with partners Kingdom Housing Association on what was formerly a brownfield site, the vision for the project is to support an ageing population by providing quality assisted living opportunities in the heart of the town.

Elected members on Clackmannanshire Council’s Place Committee were asked to approve a funding mix to plug a £990,000 gap, required to deliver elements critical to the success of the project.

Part of the £990,000 required was to be covered by £512,000 from the Scottish Government’s Place Based Investment Programme, but spending the money required central approval.

A council officer updating elected representatives at last week’s meeting told the virtual Kilncraigs chamber the full use of the funding was given the green light for Primrose Street.

However, he added: “Unfortunately though, I’ve got to give an update to the committee that the Primrose Street development, since the paper has been written, has succumbed to some of the international challenges to do with construction.

“A restriction in terms of material availability has caused a slight delay.

“At present, it’s estimated that, unfortunately, tenants might not be able to move into the accommodation until June 2022.”

Committee convener Cllr Craig Holden said the local authority has been fortunate to have avoided a significant slip on timescales so far, considering the combined impacts of Brexit and Covid-19.

“I do note some of the concerns about the timescales in terms of the delay for Primrose Street,” he added.

“I think these things are inevitable; I think we’ve been very lucky, very fortunate up to this point that a great deal of the work we’ve done has not been impacted in terms of the impact of Covid-19 and also the impact of Brexit as well and the cost of materials.

“A three-month delay to Primrose Street, whilst unfortunate, it’s not a significant delay.

“We have noticed there’s been other councils and some of their larger projects have been delayed quite significantly so I think we are being very fortunate in that regard.”