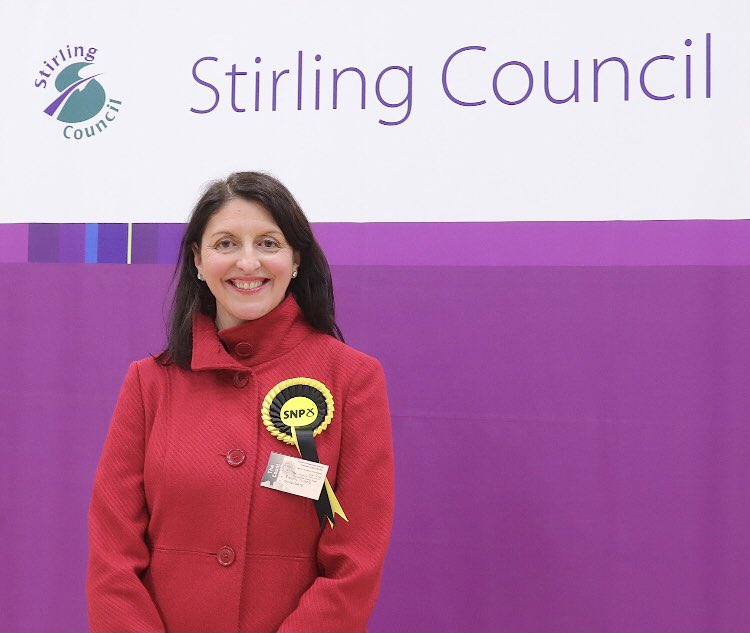 Having served as SNP councillor for Trossachs and Teith at Stirling Council since 2017, Ms Tweed worked for 25 years as a senior housing professional working within housing associations to construct thousands of homes across Scotland and regenerate poor communities.

Counting her time as development manager at housing associations Cube and Loreburn, she worked in areas as diverse as the deprived urban areas of Easterhouse and Drumchapel in Glasgow, Paisley, Leith and Irvine, to the rural areas of Dumfries & Galloway and Stirling.

As housing portfolio holder, Councillor Tweed continued Stirling’s ongoing commitment towards investing in renewable energy for the installation onto local social housing stock. The commitment has seen over 50% of social housing in Stirling installed with solar PV.

When announcing her candidacy bid to succeed Bruce Crawford MSP as the standing party representative last year, Ms Tweed said she would campaign for the regeneration of the local economy, investment into infrastructure and tourism, and support the Scottish Government’s climate change agenda.

Ms Tweed told the Brig Newspaper at the time: “As a councillor, I took on the challenging housing portfolio and created a strong relationship with the Stirling Tenants’ Assembly. We put in the infrastructure to deliver new homes, and support regeneration and the green agenda. As MSP I will work hard to get results for Stirling, rebuilding the economy and jobs, by supporting delivery of the City Deal, and investment in housing, supporting the climate change agenda, infrastructure and tourism.”

After being elected as MSP for Stirling, Ms Tweed tweeted: “Thank you for voting for me to become the new MSP for Stirling. I’m delighted and humbled you have put your faith in me. I will work very hard for Stirling and Scotland.” 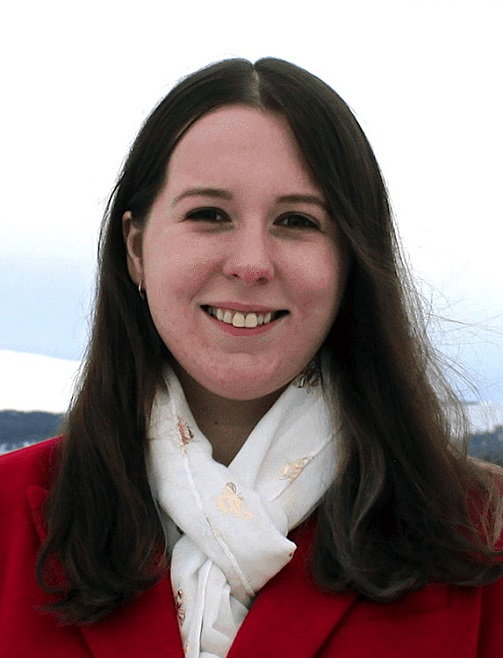 Elsewhere, Emma Roddick, the Scottish Parliament’s youngest MSP, has said her “number one” priority now is to focus on the country’s housing issues.

The regional list winner for the SNP was elected to represent the Highlands and Islands.

The 23-year-old told STV News: “I grew up here in the Highlands and Islands, and this is where I live and work.

“I love the region so much, and to represent it and the party in the parliament is just going to be the honour of a lifetime.”

Ms Roddick added: “Housing is absolutely my number one focus, and that’s everything from tackling homelessness to protecting rights for private renters and making sure that there are homes available.

“It’s absolutely central to the concern about depopulation in the region, so making sure that a lot of the 100,000 new affordable homes that the SNP has promised are going to be seen in this region is going to be a focus for me.”

Shelter Scotland has reacted to the election results by urging the incoming Scottish Government to end the country’s housing crisis.

The housing charity has been campaigning for the Scottish Government to commit to building enough social homes over the course of the next five years. 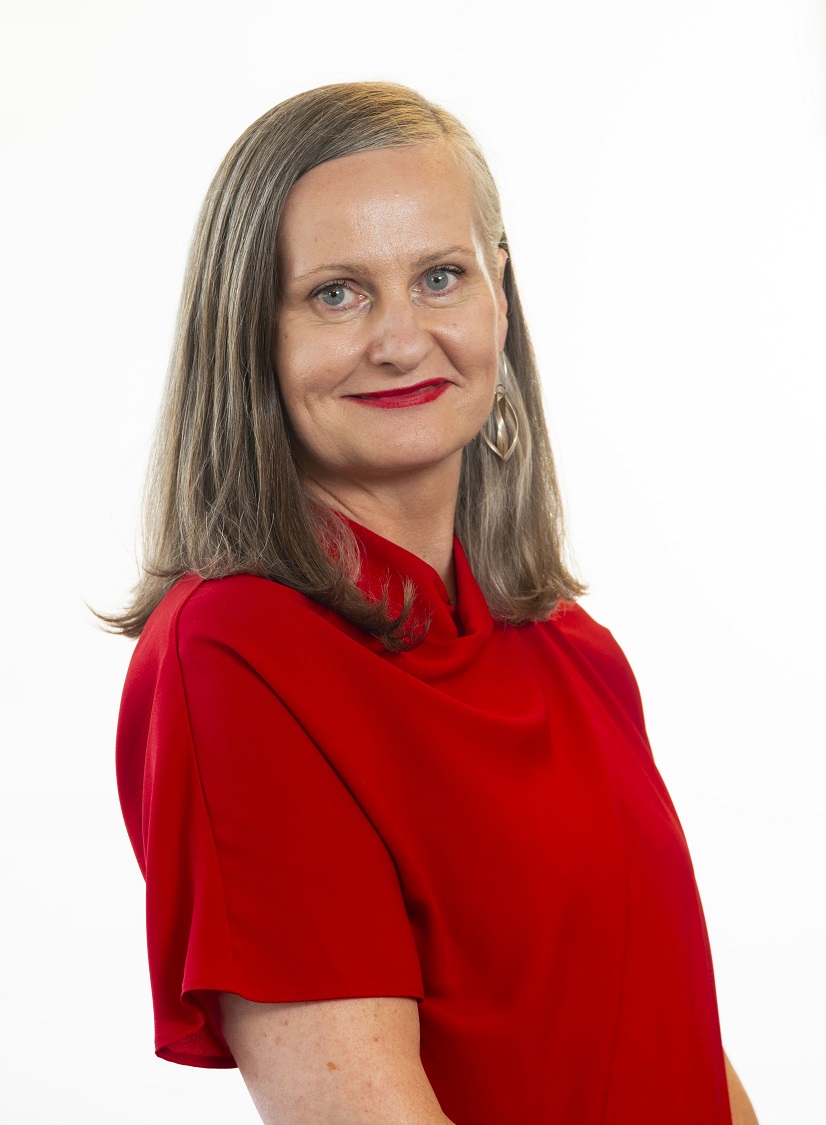 Director Alison Watson said: “We congratulate First Minister Nicola Sturgeon and her party on last week’s election results. Now, however, the Scottish government must turn its attention to the many housing issues that still exist in Scotland.

“Our campaign, which received the backing of the other political parties along with tens of thousands of members of the public, called for the building of 37,100 new social homes over the course of the next parliament. Our figure of 37,100 was reached by independent academic research.

“So, there is a shortfall of more than 2,000 social homes in the SNPs commitment. To some, this might not seem significant, but it will mean 2,100 households will not have a safe, affordable and secure home, and we know the impact of not having a home that meets your needs is significant and can be long lasting.

“We can only end reduce housing need if the 37,100 number is reached, and we are urging the new Scottish Government to match that call and up its target over the next five years. It is also imperative that these new social homes are built in the right places and are accessible to those in greatest need.”

Ms Watson added: “Naturally, building homes is not the only piece in the puzzle – initiatives such as tackling the number of empty homes, limiting and regulating short-term lets, and making the private rented sector more affordable in the areas where rents are running away, are absolutely vital.

“Shelter Scotland hosted a very successful hustings event last month, in which all of the major parties were represented. The housing minister, Kevin Stewart, intimated that he was ‘absolutely confident’ that his government’s proposals would reduce housing need. We will ensure that the SNP’s promises are met because, as things stand, building more social homes is now the consensus in Scottish politics.”

The Royal Town Planning Institute (RTPI) described the formation of the next Scottish Government as a “critical time” for planning. The draft National Planning Framework 4 is due to be laid in Parliament in the autumn and the ongoing implementation of the 2019 Planning Act will continue.

Seeking to build on the relationship it has had with the government which recognises how planners, planning and the planning system can support their ambitions, the planning body said it was pleased to see that the SNP manifesto confirmed a commitment to a post COVID recovery, net zero carbon targets by 2045 and the implementation of 20-minute neighbourhoods.

The RTPI said: “Planning has a clear and important role to play in supporting all of these. We have already set out how the National Planning Framework needs to be a “First Minister’s document” that provides a clear route map to influence decisions and investment on how our places should develop over time. It should be an important tool in the post COVID recovery.

“There is a need to invest in planning services to support these aspirations whilst guidance on new statutory Chief Planning Officers in each local authority has to ensure that they are engaged early and productively on key decisions that affect local communities.

“In working to support the post COVID recovery we believe that a new planning apprenticeship programme is essential so as to ensure a pipeline of planners is in place to provide the vision, and the consents needed, to regenerate communities and town centres.” 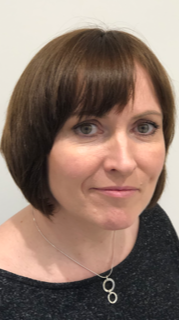 The STUC General Secretary has congratulated the SNP on returning the largest number of MSPs and called for a radical recovery plan to be the urgent priority for the Scottish Parliament.

Roz Foyer said: ”The historic turn-out has shown that even with an at times lacklustre campaign, people are still looking towards our Parliament to deliver change.

“Now is the time for bold and ambitious policies that will materially improve the lives of working class people in Scotland. We need immediate action to deliver on manifesto promises on pay, jobs and social care.

“We cannot go back to how things were before, where cleaners, nurses, shop workers and many others are undervalued and underpaid and we also desperately need a plan for jobs that includes scale state investment into the creation of good quality green employment.

“We need a National Care Service based on people over profit which treats those that use the services and those that deliver it with the same respect as in the National Health Service.

“The nation remains divided over independence and most would probably oppose a second referendum in the first part of the parliament. However, it would be deeply undemocratic for the UK Government to continue to deny the Parliament the right to hold a referendum given that a majority in favour of independence has been returned.”