Immediate and fundamental reform of the asylum system is required to prevent lock-change evictions, destitution and street homelessness of some of the most vulnerable people in Scotland, according to a new report. 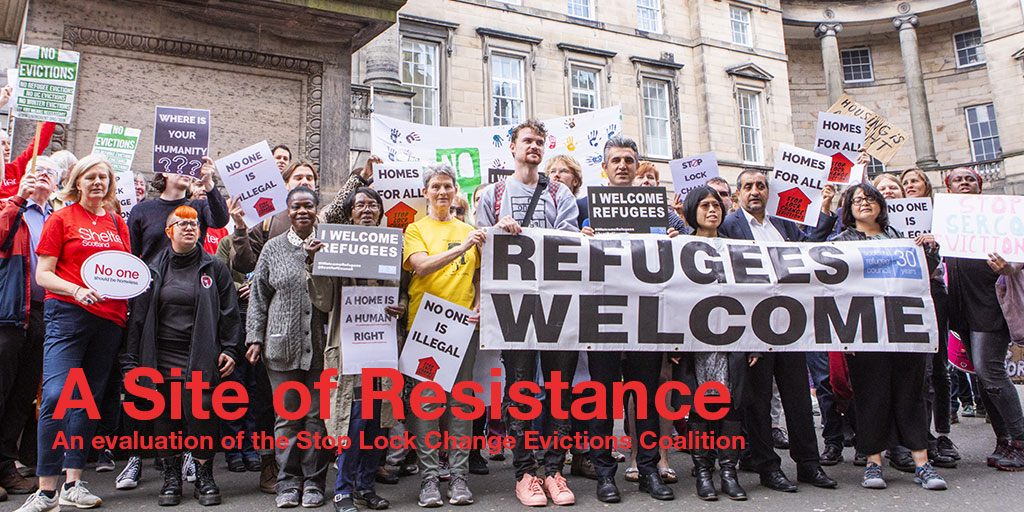 Evaluating the campaign by the Stop Lock Change Evictions coalition, ‘A Site of Resistance’ was commissioned by Scottish Refugee Council, JustRight Scotland and Shelter Scotland on behalf of the coalition and was written by independent researcher Helen Baillot.

In July 2018, asylum accommodation provider Serco announced that it would evict 300 people from their homes via lock-change evictions if they were no longer eligible for asylum support.

Anticipating a humanitarian crisis, a group of charities, lawyers and campaigners came together to resist and overturn this policy and support people at risk.

Today, the coalition remains resolute that people seeking asylum should never be subject to summary eviction, destitution and street homelessness by lock change.

The report outlines ten recommendations for the UK, Scottish, and local governments to consider in order to fight destitution among immigrant communities:

Graham O’Neill, policy manager at the Scottish Refugee Council, said: “If it weren’t for this [coalition] many vulnerable people would have been callously rendered homeless. That is human suffering on a mass scale, inflicted on those with nothing by a UK state and a company – Serco – worth billions.

“Glasgow’s social justice lawyers, refugee rights agencies and grassroots campaigners have without doubt, saved lives. They have shown how to challenge and frustrate unaccountable state power; we need to keep doing that and inspire other ‘asylum areas’ – Liverpool, Manchester, Newcastle and many others – to do the same.”

The Stop Lock Change Evictions coalition has recently secured funding from the Scottish Government to deliver a specialist service for people at risk of eviction and destitution.