Resigning Thistle board member questions ‘over £500,000 spend’ on consultants 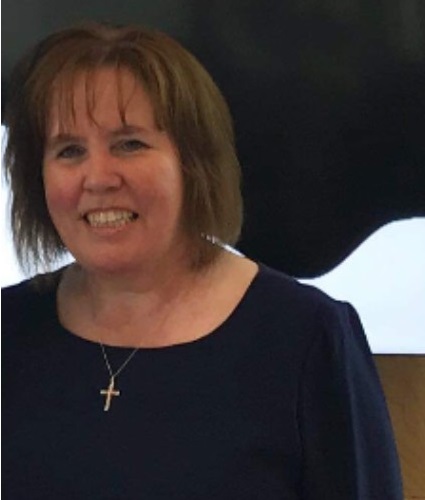 Nearly two years after the Scottish Housing Regulator (SHR) took statutory action against Thistle Housing Association, long-serving committee member Brenda Wilson has resigned from the board, saying that more than half a million pounds has been spent on consultants since the Association found itself in trouble.

Former chairperson Ms Wilson said the final straw was when she was advised in late May that another independent investigation was to be carried out on top of what she describes as several previous investigations.

“Even after resigning I’ve been clear that I’m still willing to support the new investigation, she told Scottish Housing News. “But it has been getting harder and harder to understand why investigations are needed almost two years after statutory action was triggered. There seem to have been a number of independent investigations commissioned, and the cost of these, along with all the costs of the two statutory managers we’ve had, must all be paid for by the tenants of Toryglen.”

The Regulator’s engagement with Thistle began during 2017/18 amid concerns regarding serious delays and difficulties in managing a substantial contract, its governance capacity, risk management and its communications with service users and stakeholders. It also engaged around weaknesses in Thistle’s approach to complaints handling.

Thistle then commissioned an independent review of its compliance with the regulatory standards of governance and financial management, which identified widespread compliance failures across all six standards when it was completed in March 2018.

The following August, the Regulator appointed a manager and five members to the Association’s governing body, subsequently increasing the number of appointments a year later following concerns about Thistle’s governance and leadership capacity.

In light of the regulatory engagement, Thistle took the decision to transfer its homes to another Registered Social Landlord (RSL) and announced in February 2020 that it had selected Sanctuary Scotland as its preferred partner for a transfer of engagement expected in 2020/21.

Ms Wilson added: “Thistle has been under intense scrutiny from SHR for many years now. We know that there were a lot of problems arising from how the big contract with Eon was managed. I know we all got some things wrong, including just not having enough of the right staff to manage a major contract. But over the last two years it has just felt like we’re signing a lot of hefty cheques for consultants and there still seems no end even though we’re preparing to be taken over by another association.

“An independent governance review was carried out and reported on in early 2018. Then in the months after the first statutory manager arrived in August 2018 he carried out an intense further investigation of the Association, its running of the business and its financial affairs. Meetings were held with committee members, staff, owners, tenants, elected members and their constituents, partner organisations, and also with the tenant committee members at that time.

“There were never any reports presented to the management committee regarding the purpose or outcome of this activity. There is not one report, piece of paper or email left from the time of that first statutory manager. He was in place for nearly 10 months, and for all that time the Association paid his daily rate, weekly travel costs from Devon and living costs in Glasgow. The overall cost must have been well over £120,000 with, as far as we can see, little or nothing to show for it.

“After the second statutory manager arrived in May 2019, a number of further reports were commissioned, including a number from the same company that supplied the interim director and a further temporary member of staff.

“So when I found out in late May 2020 that yet another independent investigation was to be commissioned, I couldn’t understand why. The new investigation is about the management committee’s role relating to the Eon contract. Before we both resigned, my colleague and I were the only remaining members of the original committee: for two years we’ve been telling statutory managers and interim chief officers everything we know about how the contract was managed, so it’s puzzling that this investigation has only just been commissioned.”

In her resignation letter, which has sent to Thistle Housing Association and the Scottish Housing Regulator, Ms Wilson said: “Housing has been an incredibly significant part of my life for over 20 years now. My involvement as a lay committee member has been a great experience which let me do things I never thought would have been possible. I have worked with professionals throughout housing and feel I’ve been able to hold my own with them. And I’ve worked with members across Scotland. I have always supported the need for strong regulation within housing.

“Obviously things needed to be put right at Thistle, and you know there will be a cost to that. But watching half a million pounds of tenants’ rent go out the door to all kinds of consultants has been hard to take when there still seems no end to the whole process, even as we prepare to be taken over by another Association.

“I still live in Toryglen and care deeply about our community, and I wish the new Association well in the future.”